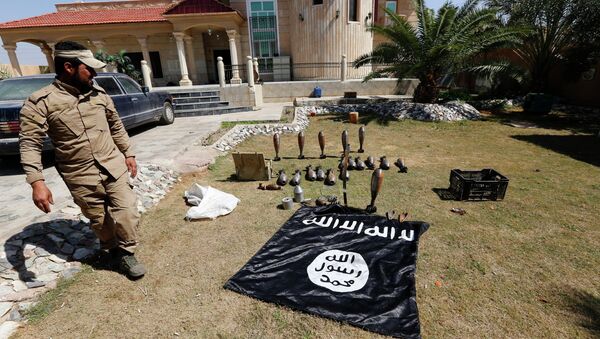 A sustainable, meaningful and effective counter-messaging approach needs to be created to combat the Islamic State (ISIL) propaganda, according to former Muslim extremist, who currently consults US agencies on radicalization and terrorism, Mubin Shaikh.

America's Home-Grown ISIL Supporters Come From 19 States – US Think Tank
WASHINGTON (Sputnik) — The United States needs to establish a sustainable approach and speed up its response on social media to combat the Islamic State (ISIL) propaganda, experts said in a hearing at the US Senate Homeland Security Committee on Thursday.

“A sustainable, meaningful and effective counter-messaging approach needs to be created,” former Muslim extremist, who currently consults US agencies on radicalization and terrorism, Mubin Shaikh said duting the hearing.

The expert underscored that the United States already has the “talent” and experience to fight ISIL propaganda, but it lacks “direction and guidance.”

FBI Confirms ‘Active Investigations’ Into ISIL Supporters in Arizona
The ISIL propaganda considerably relies on use of social media and perception of the vulnerable youth in their recruiting efforts, US think tank The Foundation for Defense of Democracies Senior Fellow Daveed Gartenstein-Ross also said in the hearing.

Gartenstein-Ross noted that sometimes the United States indirectly supports the ISIL by showing cruelty of ISIL terrorists in its counter-messaging efforts.

“Often the United States will show the Islamic States brutality…and the Islamic State proudly proclaims the same thing,” he explained, adding that it benefits the ISIL because the brutality shows that they can impose their will.

Gartenstein-Ross continued that to curb the ISIL terrorists’ messaging, the United States needs to compete with them at the speed of social media.

ISIL Claims Responsibility for Texas Attack Via Its Radio Station
“The US government has to be more quick to react and to understand the strength of its messaging and to be able to respond at the same kind of speed… they [ISIL] can push out their own message,” Gartenstein-Ross said.

At present, the United States has world fourth largest number of Islamic State supporters on the social media, according to the US think tank the Brookings Institution. The greater number of people support the terrorist group only in Saudi Arabia, Syria and Iraq.

The ISIL militant group controls large parts of Iraq and Syria, and is notorious for publishing numerous videos of ISIL committed atrocities, including beheadings of foreign hostages. The group's positions have been targeted by US-led coalition airstrikes since August 2014.