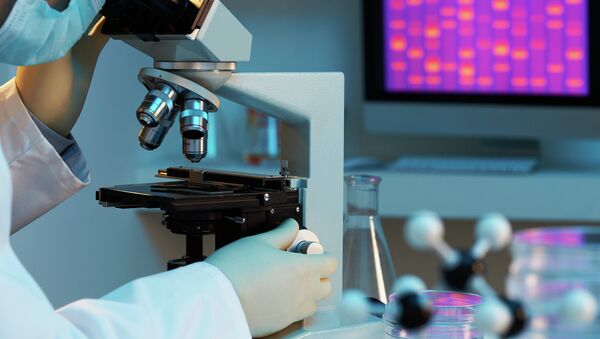 A DNA database owned by Ancestry.com was used by police, despite violating the privacy agreement, to wrongly arrest a suspect for a 1996 murder case that had gone cold.

US and Canadian Companies Hope to Start Profiling Employees' Genetic Makeup
An Idaho man's curiosity about his family tree led to his son being interrogated by police on suspicion of murder and served a judge's warrant to provide a DNA sample, after the DNA swab which ended up with Ancestry.com was given to police, despite a consent agreement to the contrary.

Michael Usry was a volunteer who gave a DNA swab as part of a Mormon church-sponsored project in which members gave DNA samples to the nonprofit Sorenson Molecular Genealogy Foundation, which claims to be "the foremost collection of genetic genealogy data in the world." The database was later bought by Ancestry.com, the world's largest commercial genealogy company.

Detectives in Idaho trying to solve the 1996 murder of Angie Dodge sent two semen samples from the crime scene in an attempt to find the murderer, after no DNA matches were found with existing profiles.

The police sent the samples to a laboratory with links to the Sorenson Database, which shared its database with the police despite a consent form stating:

"The only individuals who will have access to the codes and genealogy information will be the principal investigator and the others specifically authorized by the Principal Investigator, including the SMGF research staff,"

The laboratory found 41 potential matches, one of which was a partial match of 34 of 35 alleles and indicated a very close family relationship with the murderer.

After gaining all the information Ancestry.com had in its database about Michael Usry, who did not fit the murderer's profile, detectives turned their attention to Usry's 36-year-old son Michael Usry Jr., who matched the profile of the murder suspect.

DNA Map of Britain Shows Regional Identity is Gene-Deep
Usry Jr., a filmmaker from New Orleans, seemed an ideal suspect to the officers who used the internet to build up his profile: among his cinematographic output is the title 'Murderabilia,' and many of his films contain violent scenes.

Following interrogation by police, who got in contact under the pretense of investigating a hit-and-run accident, Usry was forced to give a DNA sample and wait a month for laboratory analysis to clear him of suspicion of murder, after his DNA didn't match that left at the crime scene.

"It really took me until almost the end of the entire experience to realize that they were saying, ‘We think that you, Michael Usry, are a suspect in this murder,'" he told the New Orleans Advocate.

"I just kind of stood on my sidewalk dazed for a few minutes."

An Idaho Falls police sergeant told the media, "We’re still investigating everything we can," but that the police were not looking at further members of the Usry family in their search for the unidentified suspect.