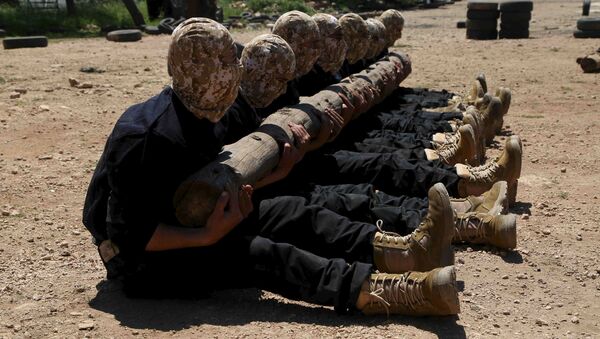 © REUTERS / Hosam Katan
Subscribe
International
India
Africa
Pentagon sources reveal that they are putting in place arrangements for their program to train and equip Syrian rebels, and will begin as early as this week.

US Extends National Emergency, Sanctions on Syria for Another Year
US troops and support staff have arrived at locations in the Middle East to mark the beginning of the Pentagon's controversial plan to train and equip Syrian rebels who they deem 'moderate', and who they hope will take the fight to the Islamic State.

Creating Safe Zones in Syria Requires Major Combat Mission - Ashton Carter
In February the Pentagon announced deals had been signed with Turkey and Jordan to set up facilities to train and equip Syrian opposition fighters, while Saudi Arabia and Qatar had also offered to host the training.

Defense Department officials said around 1,200 Syrian opposition fighters were identified as potential candidates for the training; according to recent reports, 400 have passed the initial security screening, and will soon begin the training, subject to final approval.

The first of the 400-strong cohort of military trainers have recently arrived in Turkey and Jordan in preparation for carrying out the training, which aims to train more than 5,000 rebels annually for three years, covering small arms, radio communication, battlefield tactics and medical equipment. The rebels will also be provided with weapons, trucks and tactical radios. 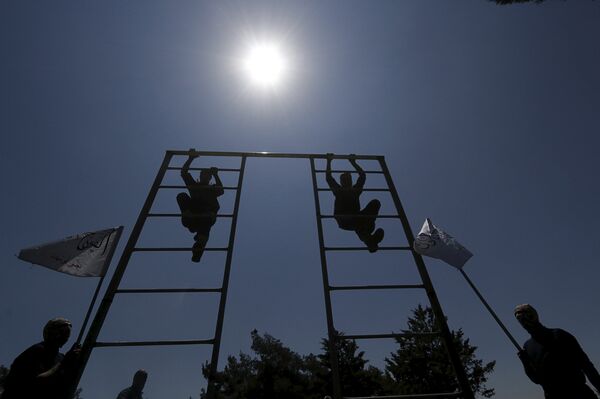 Rebel fighters from 'the First Regiment', part of the Free Syrian Army, climb on a bar as they participate in a military training in the western countryside of Aleppo May 4, 2015
© REUTERS / Hosam Katan
The US hopes that the trained rebels will return home from the training to defend their towns and villages from the Islamic State; however, concerns remain that the rebel fighters will use their new-found knowledge to fight against Syrian government forces, or for extremist groups such as the al-Qaeda affiliate Nusra Front. 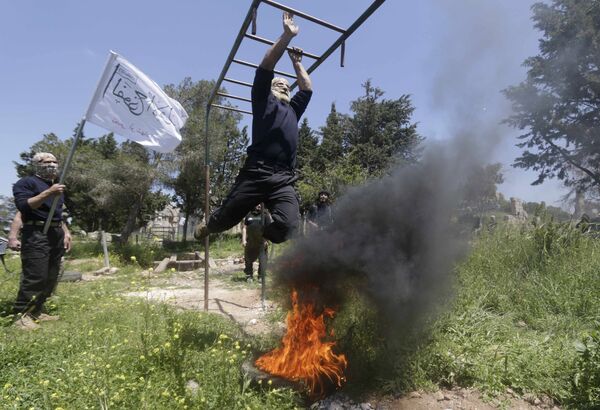 Rebel fighters from 'the First Regiment', part of the Free Syrian Army, swing from bars as they participate in a military training in the western countryside of Aleppo May 4, 2015
© REUTERS / Hosam Katan

The number of trained rebels is also far outnumbered by the Islamic State's fighting force, which is estimated by the CIA to have more than 30,000 fighters.

The current mission is an escalation of a covert CIA-led program to train Syrian fighters which began in Jordan in 2013, and is also an expansion of the US policy in Iraq, where more than 3,000 troops have been sent to train Iraqi and Kurdish forces.

On December 4, the US House of Representatives extended the president's authority to train and equip moderate Syrian rebels by two years as part of the $585 billion annual defense authorization bill, which also authorized $6.6 billion for operations against the Islamic State.