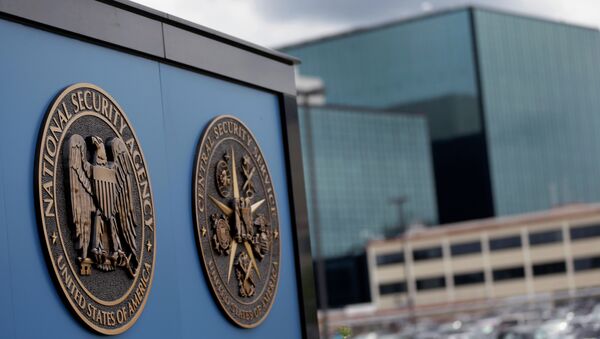 © AP Photo / Patrick Semansky
Subscribe
According to Snowden's revelations, Britain has assisted the NSA in spying on thousands of private communications at home on a daily basis; however, the opaqueness of the state's surveillance practices has preempted the necessity of a public debate on privacy, claims a UKIP spokeswoman.

LONDON (Sputnik), Daria Chernyshova — The cloak of secrecy over surveillance practices by British intelligence services has to be lifted in order for the public to debate the acceptability of their intrusion levels, the UK Independence Party (UKIP) spokeswoman for home affairs told Sputnik.

"The system has got to be more transparent before we can actually start to discuss whether it is acceptable or not," Diane James said in an exclusive interview.

Germany's Role in NSA Spying May Have Embarrassing Implications for Merkel
Asked about UK agency GCHQ's spying on thousands of private communications on a daily basis, James underlined that an average British citizen's knowledge of their country's espionage programs remains vague. Their reaction is expected to be more pronounced once more information programs comes to the surface.

"The average individual got used to the fact that their privacy has suffered a degree of intrusion, everything from CCTV to Google," James said.

The party spokeswoman, who is also a European Parliament member, stressed that the public is largely aware of the degree of threat and that it is "up to the national government to be absolutely clear, open and transparent."

"And that is not occurring at this point in time," James, who is also UKIP's European Parliamentarian for South East England, told Sputnik.

The spying scandal that revealed the NSA had been eavesdropping for years on European governments and businesses with the help of its counterparts in Britain and Germany has garnered significant media attention and new leaks appear regularly.

Nonetheless, it did not figure as a hot-button issue ahead of Thursday's general election and was not raised by any of the major parties in the running.