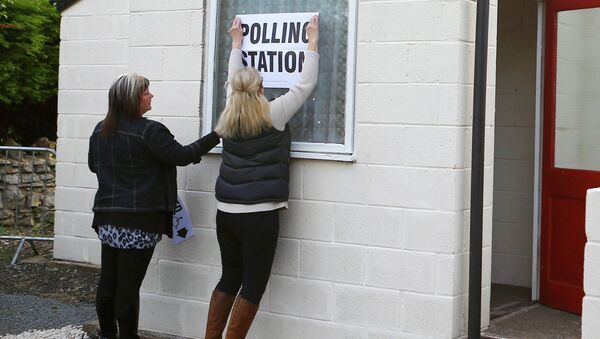 The polling stations will remain open until 10 p.m.

The 2015 general election is considered the most unpredictable vote the United Kingdom has ever seen. The election campaign has been so tight that a frontrunner has not emerged until the end.

Both major parties, the Labour and the Conservatives, have been polling at some 34 percent, which is not enough to form a majority government. Therefore, they now have to consider voices of the smaller parties.

In the absence of a clear leader, the three possible outcomes of the election are a formal coalition, a so-called confidence and supply agreement between the parties, or cooperation on a vote-by-vote basis.

So far, all the parties have spoken out against entering into a formal coalition.

A confidence and supply agreement is less formal than a coalition and implies that a smaller party supports the larger one in its budget proposals and the vote of confidence. It allows the party that could not gain an absolute majority to implement its policies, while also letting the smaller party play its role in the parliament.

A vote-by-vote cooperation is the least binding agreement for the participants and allows the parties to keep their stance unchanged on disputable issues. The Labour leader has already expressed his willingness to have a vote-by-vote partnership with the Scottish National Party during the last BBC Question Time debate.