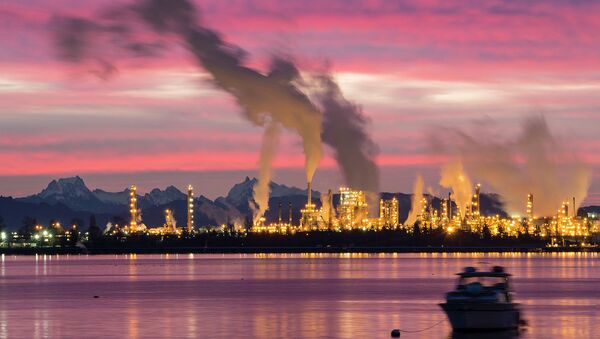 © Flickr / roseannadana
Subscribe
The National Oceanic and Atmospheric Administration reported that, for the first time since recordkeeping began, global levels of carbon dioxide remained above 400 parts per million for an entire month. The “safe” level of the gas for maintaining ecosystems and the human systems which depend on them is widely considered to be 350ppm.

“This marks the fact that humans burning fossil fuels have caused global carbon dioxide concentrations to rise more than 120ppm since pre-industrial times,” Pieter Tans, lead scientist of NOAA's greenhouse gas network, told the Guardian. “Half of that rise has occurred since 1980.”

Jamie Henn, co-founder of the advocacy group 350.org, said record highs like these are an "urgent signal that we need to leave fossil fuels in the ground." Carbon dioxide levels are currently increasing by about 2 parts per million per year.

Last year saw the hottest temperatures in the 135 years that records have been kept, and a May 2014 governmental report declared that climate change is in fact affecting all areas of the United States.

Most conservative Republicans at best refuse to acknowledge human-caused climate change, despite the fact that 97% of scientists who have expressed opinions on the subject have stated that it is real and that we are at fault.

The general consensus on the issue within the scientific community is that climate change is caused by increasing carbon dioxide in the atmosphere, yet the majority of Republicans deny that there is any connection between the increased levels and pollution.

"It's the planetary equivalent of going to the doctor and hearing your cholesterol is through the roof," Bill McKibben, another co-founder of 350.org told the Huffington Post. "And our 'leaders' are like the patients who nonetheless won't take their medicine, won't stop smoking, won't start exercising, and won't change what they eat." 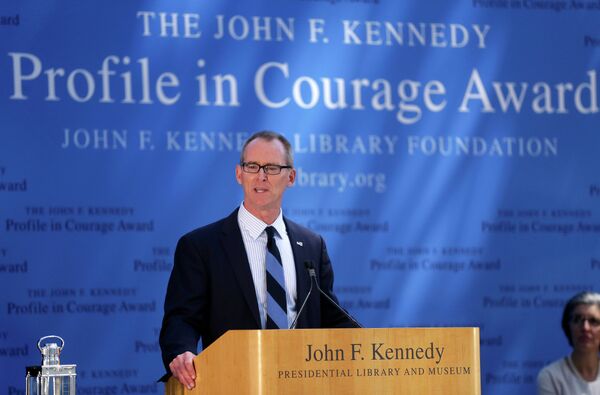 Former U.S. Rep. Bob Inglis, R-S.C., addresses an audience during ceremonies for the 2015 Profile in Courage Award, at the John F. Kennedy Library and Museum, Sunday, May 3, 2015, in Boston. Inglis was awarded the prize for reversing his position on climate change.
© AP Photo / Steven Senne
Former US Congressman Bob Inglis — a Republican from South Carolina who once denied climate change — told the BradCast on Sputnik Radio that “conservatives in a lot of cases haven’t seen a solution that they like yet. It seems that the solutions that have been offered — things like cap and trade, or regulatory solutions — really involve the growth of government that’s anathema to conservatives.”
Former Rep. Bob Inglis and the Conservative Case for Climate Action

Inglis is Executive Director of the Energy and Enterprise Initiative at George Mason University, and he’s made it his mission to persuade fellow conservatives to embrace a new approach to dealing with climate change.

“We need to show conservatives that there’s a small government answer — it’s just eliminating all the subsidies for all the fuels,” he told the BradCast. Part of that involves what he calls a “100% returnable emissions tax.”

“If we charge for emissions, like we charge for deposits into the city landfill, then we’ll change the economics, and fix the market distortion, and then the enviro consequence will take care of itself,” Inglis explained. “That kind of solution is that kind of thing conservatives can rally around.”

The plan involves a dollar-to-dollar tax cut somewhere else — be it personal income taxes, payroll taxes, corporate income taxes, or a taxpayer dividend.

“The idea is that there’d be no growth of government.  We’re not talking about a new tax that gives the government new revenue to do new things.”

"If we could get through the denial and get to the debate, it would be a good thing,” Inglis said, adding that he’s confident the US may see some Republican candidates who do not deny climate change in the upcoming presidential election.