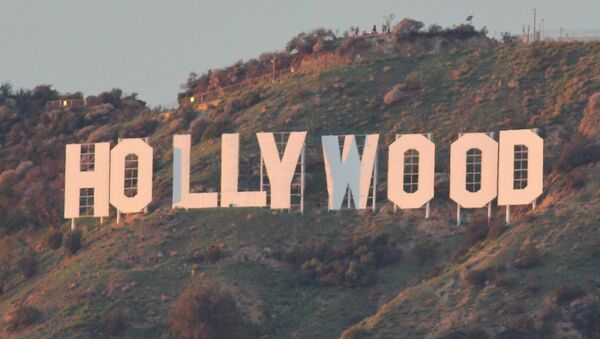 © Flickr / Tom Benson
Subscribe
So many of us have had dreams of traveling west with only a few dollars in our pocket to try and make it big in Hollywood. Johnny Depp did it. Jim Carrey did it. Billy Bob Thornton did it. Joseph Rivers tried to do it, but he got robbed by the DEA instead.

Last month, Joseph Rivers was bright-eyed 22-year-old making his way toward California. After saving $16,000 through odd jobs and gifts from relatives, he booked a train ticket out of Dearborn, Michigan, hoping to make it big.

He didn’t get very far. After pulling into train station in Albuquerque, New Mexico, an agent with the Drug Enforcement Administration boarded and began interrogating passengers. Where were they going? Why? When Rivers said he was on his way to Hollywood to make a music video, the agent asked to search his bags.

"I even allowed him to call my mother, a military veteran and [hospital] coordinator, to corroborate my story," Rivers told the Albuquerque Journal. "Even with all of this, the officers decided to take my money because he stated that he believed that the money was involved in some type of narcotic activity."

When confronted with the fact that Rivers would have no money to get back home, the DEA agent told him he had to solve that problem on his own. A fellow passenger who witnessed the event helped Rivers solve his new transportation problem.

The DEA agent’s actions were completely legal under federal law. Civil asset forfeiture is a common practice deployed  by law enforcement agencies, in which money or goods can be taken if there is reason to believe those valuables were obtained through illegal means. The practice has come under scrutiny recently.

"What this is, is having your money stolen by a federal agent acting under the color of law," Rivers’ attorney, Michael Pancer, said. "It’s a national epidemic. If my office got four to five cases just recently, and I’m just one attorney, you know this is happening thousands of times."

Sean Waite, an official with the DEA’s Albuquerque branch, said he couldn’t comment on the specific case, but did say that agents were trained to spot "indicators" which could signal illegal behavior. In Rivers’ case, he was doubly unlucky in that he had had bought an expensive one-way ticket, and was traveling with a suspiciously large bundle of cash.

"We don’t have to prove that the person is guilty," Waite said. "It’s that the money is presumed to be guilty."

Assets seized in this way are held while investigators determine if their assumptions were correct. Once a suspect has been cleared, they can file a claim to get their possessions back. Typical of any bureaucratic process, this can take an exorbitant amount of time.

"These officers took everything that I had worked so hard to save and even money that was given to me by family that believed in me," Rivers said. He is now back in Michigan, probably keeping a close eye on his television. Any day now, that DEA agent could pop up in the Avengers 3.