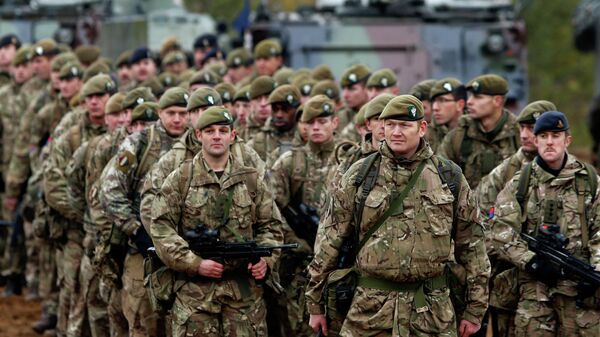 The latest in a series of provocative military exercises conducted by Baltic nations, Lithuania began a new drill on Wednesday. Modeled directly on the West’s imagined "invasion" of Crimea, the exercise is meant as a show of Vilnius flexing its muscles at Moscow, the Lithuanian president said.

"We will not allow ourselves to be taken easily," Lithuanian President Dalia Grybauskaite told Reuters. "We try to learn from the Ukrainian and Crimean situation…We’re not fearing anybody," she added, referencing the often cited, though never proven, allegation that Crimea’s reunification with Russia was the result of a military takeover.

Western leaders routinely omit the fact that the decision came through a referendum in which 96% of the population approved of the reunification.

And in keeping with that fabricated narrative of Russia being a frightening, aggressive, military provocateur, nearly 3,000 Lithuanian troops will be involved in the "Lightning Strike" exercise this week.

Lightning Strike began on a floating liquid natural gas terminal Wednesday morning. Guards were tasked with dealing with "protesters" after a simulated pipeline explosion on the rig. The exercise will also involve a simulated seizure of government buildings, airports, and weapons stockpiles, by armed soldiers.

"The exercise will involve dealing with what can be generally called the 'little green men'," spokesman for Lithuanian Army’s Joint Staff, Donatas Suchockis, told Reuters. That term has been used by various European nations to refer to Russian officers they imagine to be mere moments from invasion.

Lightning Strike is the latest escalation by President Grybauskaite, who has steadily been leading the charge in Baltic Russophobia. Having previously called Russia a terrorist state, she has reestablished her country’s military draft, inciting fears about "Russian aggression." The Lithuanian government has also reportedly begun teaching citizens what to do in the event of war.

"The need of NATO to be present in Baltic states in more large scale is becoming more evident," Grybauskaite said.

On Monday, major steps were also taken toward ratifying a joint military brigade between Lithuania, Poland, and Ukraine. If enacted, that brigade would serve to bolster regional defensive capabilities. 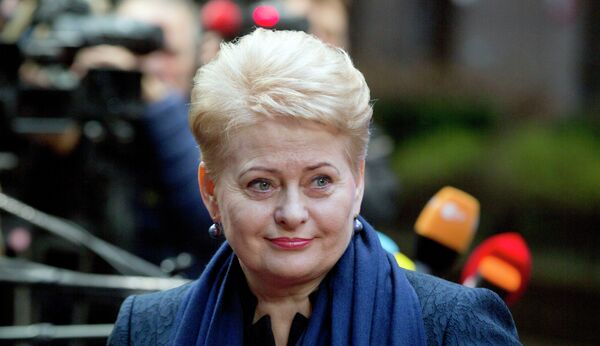 The paranoia isn’t limited to Vilnius. On Tuesday, NATO launched the "largest ever" anti-submarine war games in the Baltic Sea, just outside Russian waters. The exercise, known as Operation Dynamic Mongoose, involves the participation of ten NATO member states, in addition to Sweden, and will feature 18 ships and submarines.

The drills could potentially be in response to sightings of submarines which various governments have insisted belong to the Russian military. On Tuesday, Latvia claimed to have spotted two Russian military ships near its border, which echoed similar claims from earlier this year.

Russia’s Deputy Defense Minister Anatoly Antonov has dismissed these reports as part of the information war being waged against Russia by the West.

"Russia has a right to be at sea," US Rear Admiral Brad Williamson, commander of the exercise, said, according to the Telegraph. "This is not a response to that but provides relevance to the exercise."

British troops are also engaging in Estonia’s largest military exercise since its independence, which will involve over 7,000 reservists. British officials have stated that the war games are meant to reassure Baltic nations of its commitment to assist in the event of hostile "Russian aggression."