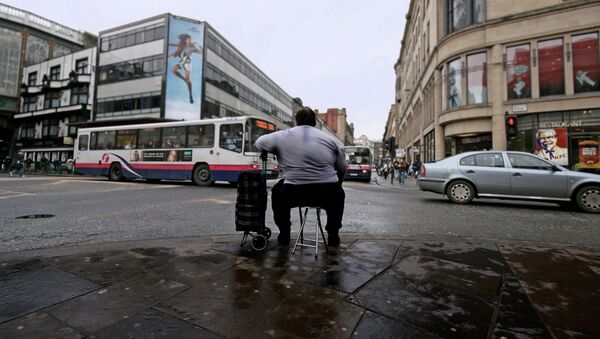 European Union countries could be swallowed by an obesity epidemic as soon as 2030, according to a study presented at the European Congress on Obesity.

European Union countries could be facing an obesity epidemic as soon as 2030, according to a study presented on Wednesday at the European Congress on Obesity in Prague.

Burgeoning obesity figures are likely in almost every EU country, according to the study conducted by by the World Health Organization (WHO) and UK Health Forum. The growth in obesity rates is linked to the rise of unhealthy diets and sedentary lifestyles.

"Europe will face an obesity crisis of enormous proportions by 2030," the study said.

The FBI’s Newest Battle: Obesity in the Ranks
According to the forecast, Ireland, Greece, Spain, Sweden, the Czech Republic and the United Kingdom are among the EU countries that will most likely be affected by the obesity issue.

Ireland was placed at the top of an ‘overweight’ chart, since 89 percent of men and 85 percent of women will be either overweight or obese in the country by 2030, according to the research.

In Britain, these figures will constitute 74 percent for men and 64 percent for women, showing a 4-5 percent rise in the number of overweight and obese people since 2010.

The only exception is the Netherlands, where the obesity rate is expected to decrease by 2030.