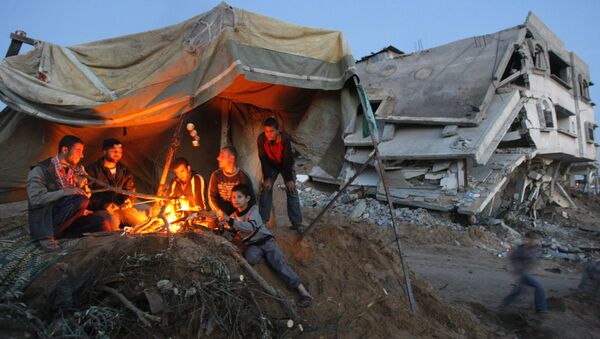 Whoever Wins Israeli Election, Settlements in West Bank Will Continue
MOSCOW (Sputnik) – Israel's high court rejected an appeal to review the demolition of a Palestinian village, which could leave some 340 Palestinians homeless, the Jerusalem Post reported.

According to the media outlet, the ruling, issued on Monday, will allow Israel's Civil Administration, which controls planning issues, to demolish the unauthorized village of Sussiya in the South Hebron Hills. The villagers claim ownership of the land but lack permits to build even temporary structures.

The newspaper cited the attorney representing the village, Quamar Mishirqi-Assad, who said that the court aimed to relocate it closer to Area B of the West Bank, controlled by the Palestinian Authority.

Hamas Denies Training Palestinian Students for Military Wing in Malaysia
The fight for the preservation of Sussiya village lasted for three decades, until in 2012 the civil administration issued a demolition order, but did not implement it. After this, Regavim, a group which fights against illegal Palestinian and Israeli Arab construction activities, filed a petition to the high court seeking to execute the demolition orders.

Reports by the NGO B'Tselem say that the village was already forced to relocate in 1986, because it was said to be in the middle of an archeological site. The residents rebuilt their homes several hundred meters away from the initial site.