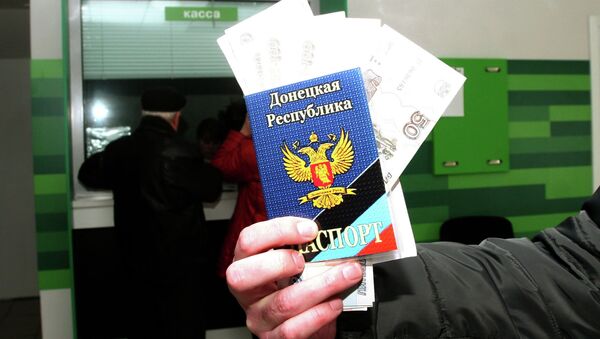 The ruble continues to prevail over the hryvnia in the breakaway regions of eastern Ukraine, which has considerably weakened Kiev's clout in the area, according to the German newspaper Deutsche Wirtschafts Nachrichten's website.

Luhansk 'Likely' to Swap Hryvnia for Ruble as Republic's Currency
The German newspaper Deutsche Wirtschafts Nachrichten reported that the hryvnia is losing popularity versus the ruble in eastern Ukraine, which the newspaper said hampers Kiev's clout locally.

Shops and gas stations in the city of Donetsk and beyond receive payments in rubles only.

The main reason is that the self-proclaimed Donetsk and Lugansk People's Republics purchase food and fuel mainly from Russia, which is why retailers need rubles in order to make payments to their suppliers. 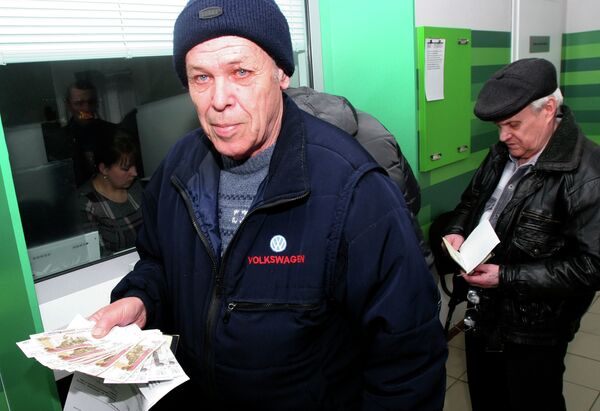 This is something that was confirmed by Christian Werhschütz, a correspondent with the Austrian broadcasting company ORF, during his interview with Deutsche Wirtschafts Nachrichten.

Ukraine is the only country in the world where the ruble remained attractive last year despite its 46 percent fall against the dollar. The hryvnia plummeted 48 percent within the same period, according to the newspaper.

Luhansk, Donetsk Moving Away From Failing Ukrainian Hryvnia
Early last month, the Finance Minister of the Donetsk People's Republic, Oksana Taran, said that the republic's authorities are seeking to distance themselves from using the hryvnia to the greatest extent possible.

There are precedents for this, the newspaper concludes, in the Caucasus, where the formerly Georgian republics of Abkhazia and South Ossetia are already using the ruble as their de facto currencies.