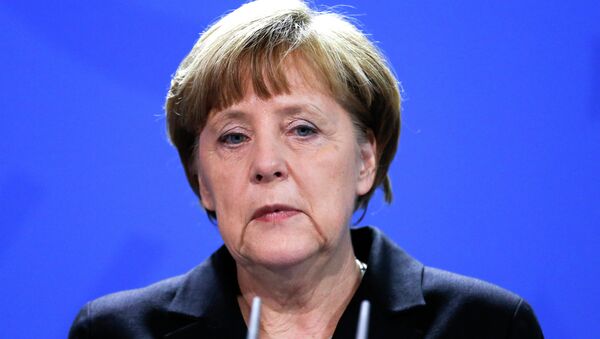 German Chancellor Angela Merkel has refused to hand over documents showing the extent of her government's connivance with the US National Security Agency (NSA) in its European spying operations.

Members of Germany's parliament, the Bundestag, will today grill the country's Interior Minister Thomas de Maiziere, amid calls from members of the opposition Green and Left party that he resign. The lawmakers have called a session to discuss information sharing between the German Federal Intelligence Service (BND) its US counterpart, the NSA, after it was revealed that the BND had allegedly assisted the NSA to spy on European governments and businesses, including the French Presidency, the European Commission and Airbus.

The spying scandal rocked the country last week, after German media reported that its government was actively assisting the NSA, despite denials in parliament. German public opinion has been anti-mass-surveillance ever since it was revealed by ex-CIA contractor Edward Snowden that the NSA and Britain's spy agency GCHQ were running programs of mass-surveillance over the Internet.

Merkel going to be witness in #NSA #BND investigations. Questions:What did you know about spying cooperations?And when did you stop knowing?

The German Government also complained after it was alleged that Merkel's own phone had been tapped by the NSA and that the US embassy in Berlin was the centre of an interception operation on the German Government. "Spying between friends is unacceptable," Merkel said in October 2013, when the allegations emerged.

Cold war inside EU? #BND did not only forward information on EU entities to #NSA but even used them for own purposes! pic.twitter.com/IaD9Mz5Bq0

For Merkel the Game is Up

The revelations that Merkel's own government was fully co-operating with the NSA all the time has shocked many in the country. However, Merkel has been quiet over how much she was aware of the BND-NSA program.

Blackmailed and Controlled: Germany Acts as US 'Spy Colony' for Euro Intel

She told Radio Bremen on Tuesday evening that Germany was "in consultation" with the US over the alleged disclosure of German secrets to the US. "Only after that can we make the decisions," Merkel said. "We have a need for clarification," the chancellor said

Merkel is coming under increasing pressure to reveal her knowledge of the collusion with the US. Even her coalition partner, the Social Democrats have been piling on the pressure. The deputy chairman Ralf Stegner told the Süddeutsche Zeitung newspaper:

"The game of keeping the latest findings at a distance and saying they have nothing to do with her is up."