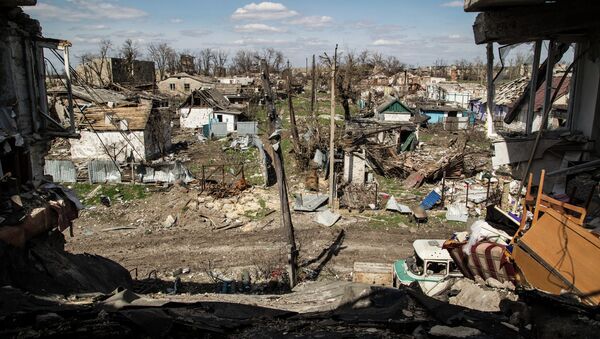 DPR negotiator Denis Pushilin said that negotiators from the eastern Ukrainian self-proclaimed Donetsk and Luhansk people's republics (DPR and LPR) have arrived in Minsk for Сontact Group talks on the Ukrainian crisis.

"The DPR and LPR representatives have arrived in Minsk for the Contact Group meeting," Donetsk News Agency cited Pushilin as saying.

Belarusian Foreign Ministry spokesman Dmitry Mironchik said earlier on Wednesday that the meeting between representatives from Ukraine, Russia, and the Organization for Security and Co-operation in Europe (OSCE) would be held behind closed doors in the President Hotel in the Belarusian capital of Minsk.

The meeting is expected to focus on the formation of working sub-groups that will oversee the implementation of the Minsk peace agreement worked out in mid-February.

The peace deal was hammered out by the leaders of Russia, Ukraine, France and Germany and signed by representatives of Kiev and the DPR and LPR. The agreement envisages a ceasefire, heavy artillery withdrawal, prisoner swap and constitutional reforms in Ukraine.

Since the signing of the deal, eastern Ukraine's independence supporters and Kiev forces have repeatedly accused each other of violating the ceasefire.