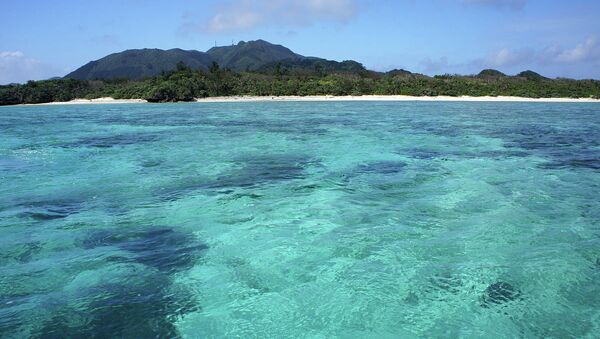 © Wikipedia
Subscribe
Media reports from Japan suggest up to 600 military personnel are to be stationed on its southwestern islands in the East China Sea.

US Approves $3Bln Osprey Aircraft Sale to Japan
The Defense Ministry of Japan is planning to deploy units of its Ground Self-Defense Force to the islands of Miyako and Ishigaki southwest of Okinawa, in what Japanese government sources claimed to be a response to increased maritime activity from Chinese naval vessels in the Pacific Ocean close to the islands.

Around 600 military personnel, equipped with surface-to-ship missiles, are to be deployed on the islands, which are controlled by Japan as part of its Okinawa Prefecture.

Miyako and Ishigaki are among the Ryukyu Islands, a chain of volcanic islands to the southwest of Japan's main islands; the largest island in the chain is Okinawa. The disputed Senkaku islands are also part of the chain, and are subject to a Chinese territorial claim.

According to media reports, Defense Minister Akira Sato is set to visit the two islands in mid-May to carry out surveys and seek local support for the plans, while the ministry is to ask for the necessary funds, including the costs of acquiring the necessary land in its budget request for the next fiscal year, beginning in April 2016.

In addition, NHK reports, by the end of next March, the Defense Ministry also plans to deploy a radar-equipped coastal observation unit on the island of Yonaguni, part of Ryukyu's Yaeyama archipelago and Japan's westernmost inhabited island.

The news of Japanese plans to increase its military presence on its southern islands follows reports at the end of last month that Japan's Self-Defense Forces are considering joining US maritime air patrols in the South China Sea or East China Sea.

On April 29 Japanese Prime Minister Shinzo Abe told US lawmakers in Washington: "In Japan we are working hard to enhance the legislative foundations for our security," referring to his government's proposals to reinterpret the country's pacifist constitution, increase its military capability and "enable Japan to be much more able to provide a seamless response for all levels of crisis," through greater cooperation with the US military in the region.