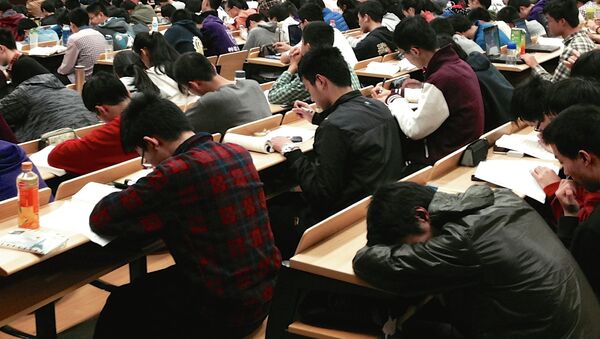 China has replaced Mexico as the top country of origin for immigrants to the United States, according to a new review of 2013 immigration data.

The American Census Bureau study, conducted primarily by statistician/demographer Eric Jensen, was based on annual immigration data collected from the years 2000 through to 2013. It found that of 1,201,000 immigrants in the US, 147,000 came from China, while 129,000 came from Mexico. Also topping Mexico is India, from which 147,000 US immigrants originated.

The study identifies immigrants as any foreign born individuals who said they previously lived abroad.

The changes come as India and China, both of which boast the largest populations in the world, are sending more people to the US for work, study, and to join other family members. Other Asian countries, including Japan, South Korea, and the Philippines, have seen an increase in US-bound emigrants as well. Meanwhile, the improving economy in Mexico and the lowered birth rate there has led to a decline in emigration. Economic factors, such as the recent US recession, have also led to a decrease in undocumented immigrants from Mexico in the states.

While there has been a flip in the countries sending people to the US, a complete demographic shift in the immigrant community will likely take a longer time. For instance, even though China sent almost as many immigrants to the US as Mexico in 2012, there were still five times as many total Mexican immigrants residing in the country as there were Chinese.

The study does, however, provide a glimpse into the changing racial and ethnic makeup of the US population. Already, the Millennial generation – often identified as people born between 1982 and 2000 – is the most diverse in the country. According to US Census projections, by the year 2044, the US will have no racial majority and will instead reflect a diverse array of minorities.