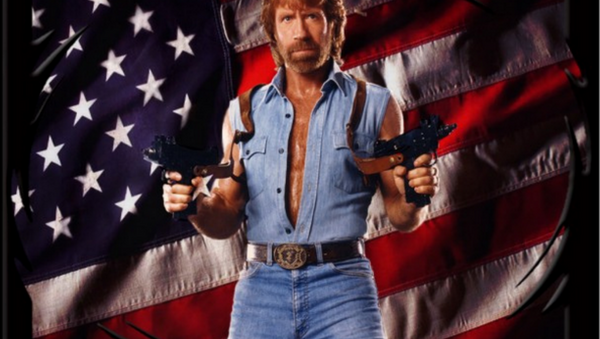 Conspiracy theories have swirled around Operation Jade Helm ever since it was announced. The massive, seven-state military exercise has many sweating over a potential government takeover, including Texas Governor Greg Abbott and preeminent “Texas Ranger” Chuck “Roundhouse” Norris.

It’s not entirely clear how the federal government would, hypothetically, invade a US state. The Texas legislature, governor, and judiciary all operate beneath the broader umbrella of Washington, just as all states do. A US military invasion of its own territory would make little sense — the political equivalent of a bored dog gnawing on his own foot.

But that hasn’t eased the nerves of many in Texas. Now that former presidential candidate Rick Perry has left the governorship, the new administration is taking its own tack when it comes to protecting the Lone Star State. Governor Greg Abbott has deployed the State Guard to keep an eye on the Operation Jade Helm situation, ensuring the “safety, constitutional rights, private property rights, and civil liberties” of Texans goes unimpeded, according to NPR.

That decision has already been called “pandering to idiots” by State Representative Todd Smith.

But if there’s one man who undoubtedly has a strong and sturdy backbone – quite possibly the toughest ever known to man – it’s Chuck Norris.

Not a Texas man by birth, Norris is perhaps best known by his leading role in the television series "Walker, Texas Ranger," and he’s thrown his support behind Governor Abbott.

"The US government says, 'It’s just a training exercise'," Norris wrote for WorldNetDaily. "But I’m not sure the term ‘just’ has any reference to the reality when the government uses it."

"It’s pretty sad and bad when major military ops are ordered in a large, fiery state like Texas and not even the governor or its senators know the specifics," he added.

The actor, known for his roundhouse kicks, also had high praise for Texas Senator and 2016 presidential candidate Ted Cruz. Cruz has "reached out to the Pentagon to inquire about this exercise," according to Bloomberg. A questionable decision for a presidential hopeful, accusing the military he hopes to command of a massive conspiracy.

But Norris is "glad…Ted Cruz is asking the tough questions of the Pentagon," the actor wrote. "Particularly because it’s ‘exercises’ come too near to my ranch’s backdoor as well, at least according to the map."

We can all agree the federal government should keep its hands off Chuck’s ponies. But Norris also backs up his argument with testimonies from locals.

"I’m not trusting what we’re being told," Mike Hightower, a Texan antique store owner, told Norris. "I think there’s something a little more involved than what they’re telling us."

Whatever the truth may be, Norris will karate chop his way to the bottom of it. One blog post at a time.