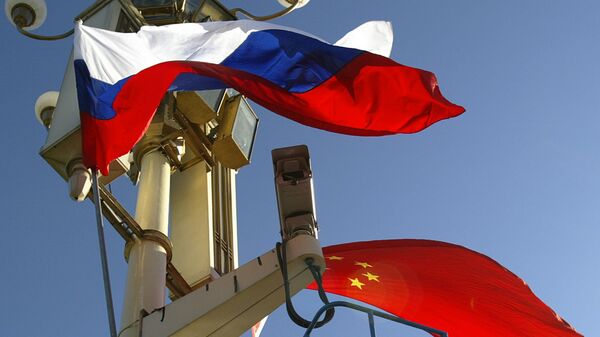 China and Russia plan to hold joint drills in the Mediterranean Sea for the first time in mid-May, the Chinese defense ministry announced.

"The exercises mainly include defense and escort-related drilling at sea, as well as ensuring the safety of maritime transport," Yansheng explained.

The purpose of the drills is to deepen bilateral friendly cooperation and strengthen the combat capability of the two countries in order to fend off threats to maritime safety.

Blooming Bromance: Russia-China Alliance Challenges US-Designed World Order
In this connection, Yansheng added that the exercises are not directed against third countries and not related to the situation in the region.

Ties between the two countries are set to grow closer this year with the formation of agreements covering natural gas and arms as well as the expansion of cooperation in areas including aviation and aerospace, agricultural trade and cross-border infrastructure construction.

China’s president is also going to be one of the most prominent leaders to attend the 70th anniversary of the victory over Nazi Germany in Moscow’s Red Square on May 9.

According to some key analysts the relationship between Moscow and Beijing is likely to move forward in a number of key areas.