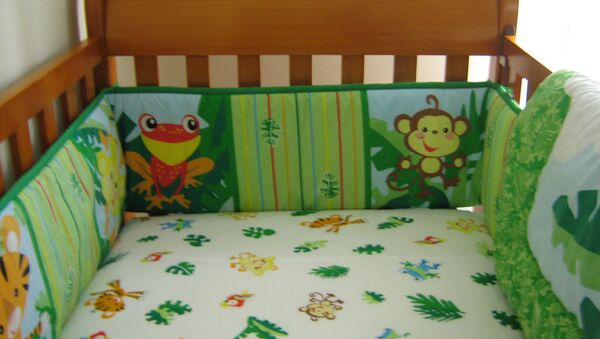 Zella Jackson Price prematurely gave birth to a baby girl on Nov. 25, 1965, at the Homer G. Phillips Hospital in St. Louis. She remembers holding her crying baby, who was then taken by a nurse. The nurse came back and told Price her child was dead.

Now, 50 years after Zella Jackson Price was told her baby had died, she was reunited with her daughter. DNA evidence proves that Price is the mother of Melanie Diane Gilmore, who is now a 50-year-old mother living in Eugene, Ore.

Gilmore said her foster parents had told her that her real mother gave her up at birth. Price was 26 years-old-when she birthed Gilmore.

Russia
World Tends to Reject Child Adoption by US Citizens – Russian Ombudsman
Gilmore’s daughters managed to track down their grandmother as part of a 50th birthday present for Gilmore.

Since the reunification in April, several black women who also birthed children at Homer G. Phillips Hospital have been calling Price speculating that their children, who supposedly died shortly after birth, are actually still alive after being put through adoption schemes organized by hospital officials.

Like Price, these women never saw their children’s bodies or death certificates after being told their children were dead. Each one was also given the news by a nurse instead of a doctor, a breach of hospital protocol.

Price’s attorney, Albert Watkins, plans to file lawsuits over birth and death records and he is urging city as well as state officials to aid in an investigation. In a letter to Gov. Jay Nixon and St. Louis Mayor Francis Slay, Watkins wrote that he believes hospital officials were involved in a plot "to steal newborns of color for marketing in private adoption transactions."  He maintains that none of the women who may have been affected by the alleged scheme is seeking monetary compensation.

"These are moms," Watkins said. "They are mothers at the end of their lives seeking answers to a lifelong hole in their heart."

One of these mothers is Gussie Parker, 82, who birthed a premature girl on Nov. 5, 1953, at Homer G. Phillips Hospital. Another is Otha Mae Brand, 63, of St. Louis, who prematurely gave birth to a girl there in the spring of 1967.

Homer G. Phillips Hospital was opened as a blacks-only hospital in 1937 when St. Louis was segregated before being desegregated in the mid 1950s. It closed in 1979.