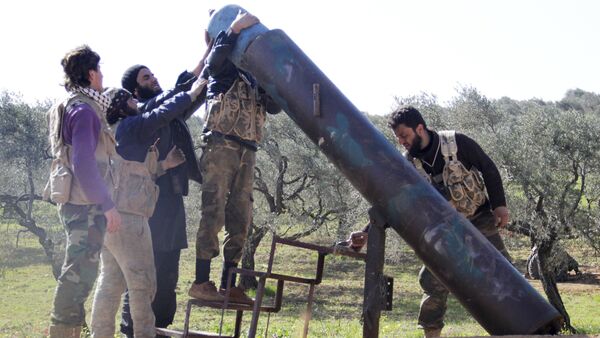 Representatives of more than a dozen countries are invited to the consultations on resolving the Syrian conflict, which will begin in Geneva on May 4, Deputy Spokesman for the UN Secretary-General Farhan Haq said on Friday.

UNITED NATIONS (Sputnik) — Last week, UN Special Envoy for Syria Staffan de Mistura announced a series of one-to-one consultations on Syrian reconciliation. He said that a report will be presented to the UN Secretary-General Ban Ki-moon by the end of June.

May 4 Consultations on Syria to Be Held Behind Closed Doors — UN
"Representatives of more than a dozen nations will be present at one point or another of the course of weeks," Haq said at a briefing.

He did not elaborate on a complete list of invitees, but added that the list included "various Syrian parties, concerned countries throughout the region, and permanent members of the Security Council."

Haq confirmed Iran and Saudi Arabia's participation in the consultations in Geneva, which may continue for up to six weeks.

Anti-Assad Coalition Asks US to Establish Safe Havens - Syrian Opposition
De Mistura has invited representatives of the Syrian government, opposition and non-governmental organizations to review the extent of 2012 Geneva Communique implementation, as well as regional and international parties.

Earlier in the day, the United Nations said in a statement that reporters will not be allowed to attend the consultations.

Syria has been in a state of civil war for the past four years, with government forces struggling against various militias, including the Islamic State militant group.

Syria's warring parties have met twice over the last three years at UN-backed Geneva conferences, but failed to reach a practical solution toward ending the violence that has killed more than 220,000 people.