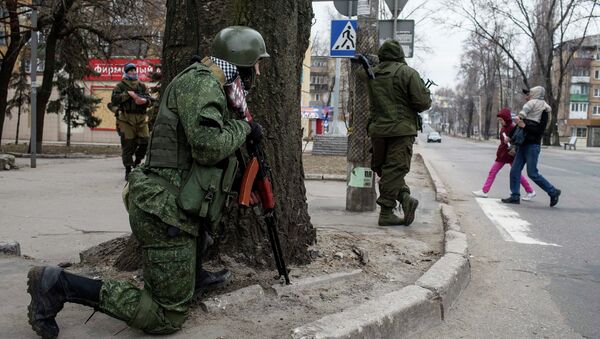 NATO Supreme Allied Commander Gen. Philip Breedlove claims that independence fighters of the self-proclaimed people's republics of Donetsk and Luhansk (DPR and LPR) in southeastern Ukraine are under Russian command.

WASHINGTON (Sputnik) – The United States, the European Union and NATO have repeatedly accused Russia of being involved in the Ukrainian conflict, going as far as to claim that Russia has been sending troops and weapons to aid DPR and LPR in countering the attacks of Kiev forces that launched a special military operation in Ukraine's southeast in April, 2014.

Russia has repeatedly denied the West's accusations, which have not been supported with any factual evidence, also expressing concern over the recent build-up of NATO forces along its borders.

"We do see a very distinct Russian set of command and control in the eastern part of Ukraine," Breedlove told journalists on Thursday, although he was unable to specify the exact number of Russian troops allegedly present in Ukraine.