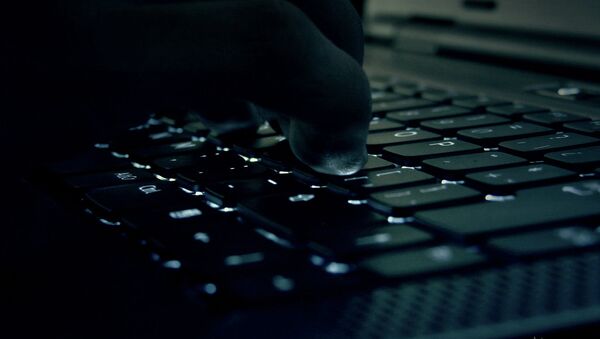 Ukrainian hacker collective CyberBerkut has hacked into the inbox of a Kharkiv official, finding him complaining to nationalists presumed responsible for the murder of opposition journalist Oles Buzina about their 'excessive' use of force.

Ukrainian Chief Investigator Tells 'Ukrainophobes' to 'Shut Their Mouths'
"We, the CyberBerkut, hereby present for public access materials confirming that the physical liquidation of public and political figures opposed to the Kiev Junta was authorized by the Security Service of Ukraine (SBU), and was supervised by the Kharkiv political elite; the 'cleaners of Free Ukraine' turned out to be Kharkiv-based nationalist groups."

Hacking the email of Vyacheslav Abbakumov, the Deputy Head of the Kharkiv Regional State Administration, CyberBerkut stated that they had found "correspondence between [Abbakumov] and an unknown leader of an extreme-nationalist group in the Kharkiv region."

Among the materials retrieved by the hackers is frantic email by Abbakumov to one of the alleged killers where he criticizes them for their methods:

"You bastards, what are you doing? You consider this to be an intimidation measure? Do you know how much barking there will be on Moskal TV after this? ****, I understand that this bald head [Buzina] had been asking for a brick to the head for a long time, but it was supposed to be a brick, [not a gun] understand? You were given license to shut this trash up, but not permanently. You had told me about knocked out teeth, broken fingers. As for the fate of your team of thugs: Dublon [a nickname for Ukrainian Security Service Major General A. Dublik, according to CyberBerkut] called me personally three times. Now get back to Kharkiv and return to base. The remaining orders are canceled for now."

"Do not ever dare to humiliate me or my boys again! We took up arms in order to clean our native land of garbage and traitors to the national idea, and not in in order to make you sad about the fact that another traitor to Ukraine went to a place from where he will never bark again! We will not come back [from Kiev] –and why did your poem-reciting Dublon give us the authority then? We have money, weapons, and allies in every corner of the country. We will return [to Kharkiv] once we finish the job. And as you know, we have a lot of work yet to be done! Glory to Ukraine!"

Along with the emails, CyberBerkut relayed a piece of official correspondence by Major-General Dublik, who serves as the Head of the Department of Protection of National Statehood. Directed to the SBU's Kiev branch, Dublik notes that security organs should oversee the Kharkiv nationalists' operations in Kiev. Stating that the SBU has confirmed the nationalists' departure for Kiev, the official recommends that the Kiev "take control of the activities of the aforementioned group, and if possible use it for prophylactic actions in relation to social and political figures who hold to the position of a peaceful settlement of the situation in the Donbass."

Moreover, Dublik recommends against the opening of criminal cases against the members of the group without the approval of the SBU. 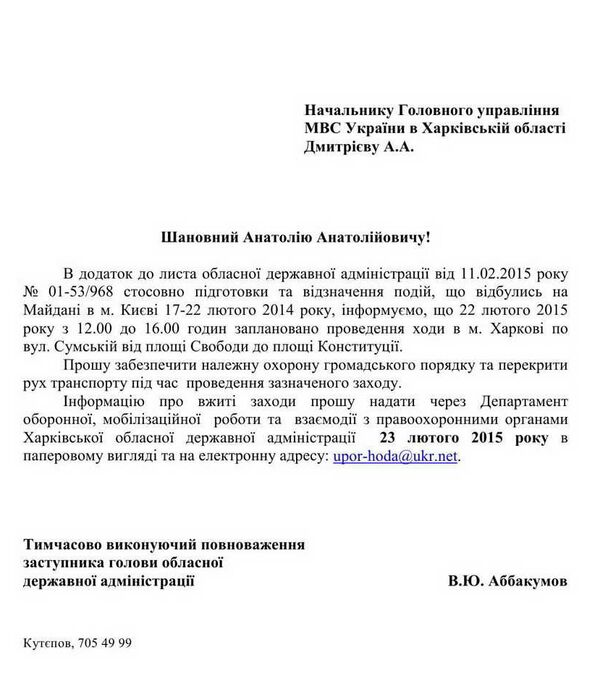 Screenshot of SBU Major-General Dublik's correspondence with the Kiev branch of the service. Dublik recommends that Kiev supervise the nationalists in their 'prophylactic actions' against public figures speaking out against the war in Donbass.
© cyber-berkut

CyberBerkut argues that "this correspondence confirms, albeit indirectly, the fact that the elimination of opposition figures in Ukraine was supervised by representatives of the government."