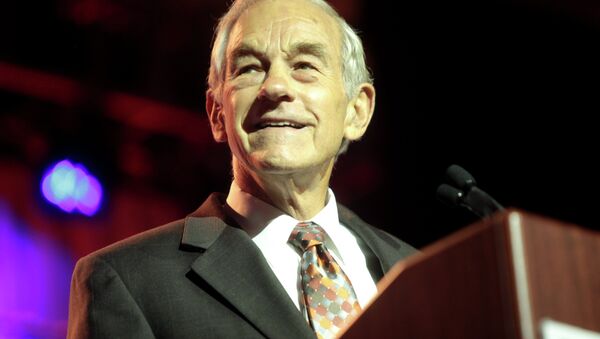 Introduced on Tuesday by Democratic and Republican lawmakers, the Freedom Act reauthorizes certain aspects of the Patriot Act while reforming others, including ending the government’s bulk collection of Americans’ phone records.

While curbing some surveillance programs, the Freedom Act will still fail to “prevent warrantless and widespread surveillance of Americans and continue to allow the NSA to violate the 4th Amendment rights of innocent Americans,” the statement said.

Campaign for Liberty went on to encourage lawmakers to endorse the Surveillance State Repeal Act, which would fully repeal the Patriot Act and the equally controversial 2008 FISA Amendments Act.

Paul, who also serves and the Campaign for Liberty chairman, was quoted as saying: “Proponents of civil liberties should not be fooled by the cosmetic, limited reforms of the USA Freedom Act.”

“This legislation, negotiated by Congressional leadership determined to perpetuate the surveillance state, would not prevent innocent Americans from being spied on by their own government,” the former presidential candidate continued.

“Americans were rightly outraged at the revelations of Edward Snowden and its time Congress listen to the American people and end these outrageous programs that do nothing to enhance our national security.

“I, along with Campaign for Liberty, encourage all Americans who value privacy and civil liberties to contact their representatives and urge them to reject the USA Freedom Act and support the Surveillance State Repeal Act.”