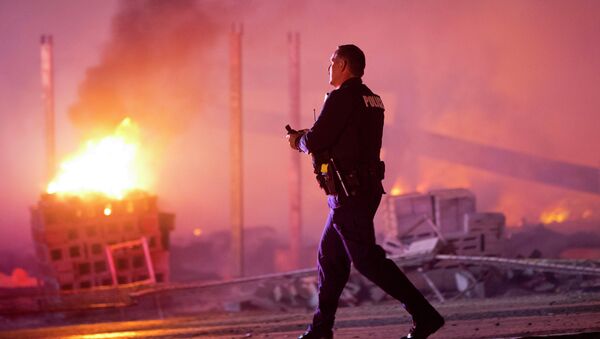 © AP Photo / Matt Rourke
Subscribe
As Baltimore picks up the pieces from the last few days of protests and riots, a new day brings new aspects to light, and a city that remained relatively calm on Tuesday night is still bracing itself for the possibility of more violence. Not helping matters, Baltimore police have imposed expensive bonds on its poorest residents. 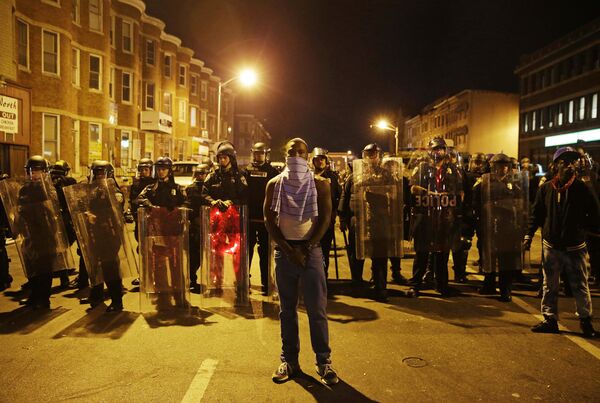 A man stands in front of a line of police officers in riot gear as part of a community effort to disperse the crowd ahead of a 10 p.m. curfew in the wake of Monday's riots following the funeral for Freddie Gray, Tuesday, April 28, 2015, in Baltimore.
© AP Photo / David Goldman