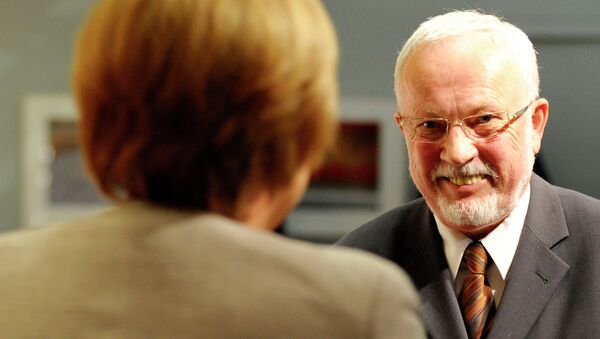 German Government Accused of Lying to Parliament Over Spy Claims
BERLIN (Sputnik) – On Sunday, Bild am Sonntag newspaper reported that in 2008 de Maiziere was informed by Germany’s Federal Intelligence Service that NSA spied on European officials and nationals. However, while responding to requests of the left-wing faction whether he knew about the German intelligence agency’s cooperation with the NSA, de Maiziere argued that he had no data on NSA’s espionage.

“This information comes from documents marked as 'secret' or 'top secret.' That is why I am not in a position to openly comment on these rebukes or issues,” the minister said in a statement obtained by RIA Novosti.

De Maiziere stressed that he is interested in openly responding to the accusations in front of the authorized bodies.

"They are not true, and this also appears from the documents. That is why I am ready to exhaustively inform authorized parliament’s bodies on what I know and remember."

Thomas de Maiziere helped oversee the German foreign intelligence agency in 2005-2009, when he served as chief of staff at the Chancellor’s office.

Last week, German media reported that the Germany’s Federal Intelligence Service BND had allegedly been spying on European targets upon requests from the NSA. The reports said that the US agency had passed a list of some 800,000 IP addresses, phone numbers and e-mail addresses to the BND for monitoring, some of them belonged to European politicians and companies. 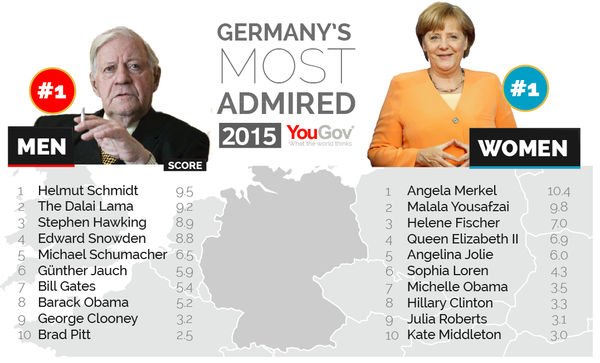 NSA whistleblower, Edward Snowden, who is the fourth most admired man among Germans, according to a YouGov poll, also placed sixth among Russians and eighth among Danes.
© YouGov