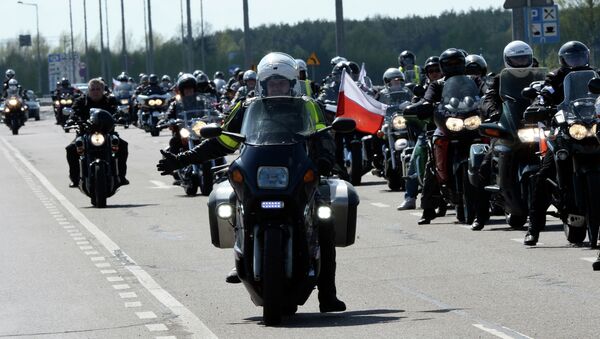 Speaking to Radio Sputnik, well-known Polish biker and Katyn Rally Commander Wiktor Wegrzyn stated that out of respect, Polish bikers will trace the route of Russia's Night Wolves through Poland, adding that the scandal surrounding the Russian bikers has been blown up to exacerbate a larger Polish-Russian conflict. 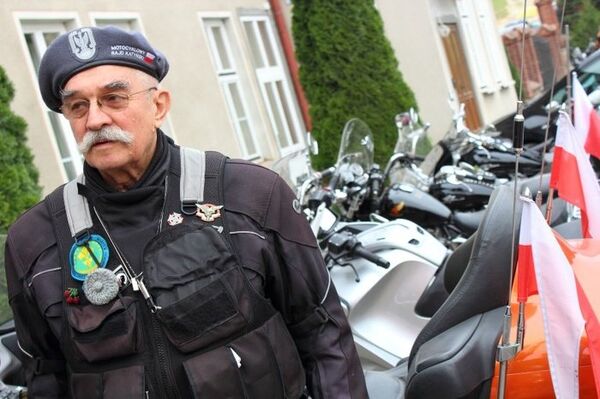 The Night Wolves, who had planned a victory ride from Moscow to Berlin in honor of the 70th Anniversary of Victory in the Great Patriotic War, were denied entry to Poland on Monday.

Wegrzyn stated that Polish bikers will trace the Russian bikers' route through Poland, which had planned to visit cemeteries and memorials along the way: "We will go along the same route, and will be laying flowers and lighting candles."

Commenting on the propaganda, hysteria and paranoia that has blown up around the Night Wolves in Polish media and among the political elite, Wegrzyn noted that the Polish bikers' "position is clear: we must welcome our guests." He added that "my reaction to all these events is purely human. I do not tolerate boorishness, no matter whom it comes from, governments included."

Denying Russian Bikers Entry Not Opinion of Poles – Polish Politician
The biker noted that this would have been the Russian bikers' third trip, but that only this time has it become politicized: "Two times they drove through quietly, without any fuss. Now, suddenly this has been turned into a problem. We cannot understand what's going on. I think the idea is to use the bikers to create a Polish-Russian conflict; 'someone' really needs this."

Wegrzyn also recalled that his Katyn Rally, an annual trip winding through Poland, Belarus and Russia, has gone through without a hitch over a dozen times already: "I would like to draw attention to the fact that there have already been 14 Katyn rallies. At every step we are met with kindness and warmth, especially from bikers (who are quite obviously an international brotherhood) and from ordinary people on the streets, along the entire journey. We are met sympathetically by the police, who assist us in passing easily through Moscow and St. Petersburg. Moscow is a huge transport hub –a megapolis. There we move freely in the afternoons with police assistance."

The Katyn Raid commander noted that while in Russia, "we visit cemeteries, including the old Don cemetery near the tomb of General Okulicki [a Polish Army Commander killed following the Second World War by Soviet security forces]. We travel to the cemeteries of Vladimir Vysotsky and Bulat Okudzhava –great friends of the Poles. We visit the memorial at Butovo, the home of the graves of Russian intellectuals killed by the communists. The police help us along the way. No one hinders us, and on the border special express transit points are created for us, just like for diplomats, and we never have any problems."

Polish Bikers Resolve to Ensure Safe Passage for Russia's Night Wolves
Earlier this month, Wegrzyn called Poland's decision to refuse the Night Wolves entry a sign of "anti-Russian hysteria," noting that Polish politicians and media were using misinformation to attack the bikers, adding that calls to ban their entry was "something against our culture, against Polish morals."

Last week, at the opening of the summer motorcycle season, Wegrzyn called on Polish bikers to show solidarity with their Russian counterparts; Polish bikers vowed to ensure the Russians a safe and hospitable environment on their journey through Poland.

Taking the Low Road
On Tuesday, the Russian Foreign Ministry summoned Poland's Ambassador to Moscow, telling her that the decision to refuse the Night Wolves entry was an "unreasonable and provocative action," adding that "the Russian side is still waiting for a thorough explanation" for the decision, "which can be qualified as an insult to the memory of those who fell for the liberation of Europe from fascism."

On Monday, Polish border guards subjected the Night Wolves to thorough checks at the Belarusian-Polish border at Terespol, before deciding to refuse them entry, either collectively or as individuals, despite their Schengen visas.