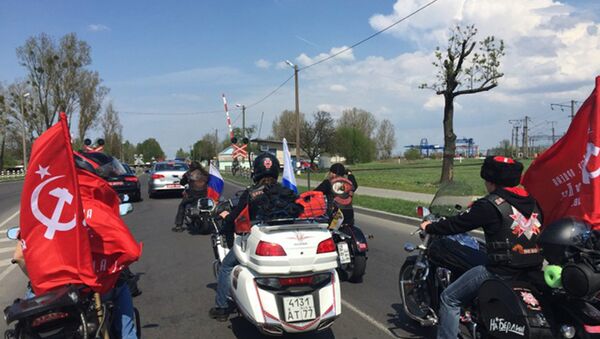 Russia's Foreign Ministry told Poland’s ambassador Katarzyna Pelczynska-Nalecz that Warsaw’s decision to refuse entry for the members of the Russian motorcycle club the Night Wolves is an "unreasonable and provocative action."

The motorcycle club members had planned to ride through Poland on a journey to Berlin to mark the 70th anniversary of the Soviet victory over Nazi Germany, observed in Russia on May 9.

“The ambassador was told that the Russian side is still waiting for a thorough explanation for Warsaw's unreasonable and provocative actions, which can be qualified as an insult to the memory of those who fell for the liberation of Europe from fascism," the Ministry said in a press release.

According to the Ministry, Pelczynska-Nalecz said she would report Russia's move to the Polish authorities.

From Moscow to Berlin on Bikes: Night Wolves' Victory Day Rally
On Monday, the Russian Foreign Ministry expressed outrage at Poland’s actions; namely subjecting the bikers to long checks at the border and finally refusing them entry.

Germany also revoked entry visas to some members of the motorcycle club.

Moscow has maintained that Warsaw and Berlin’s decisions were politically motivated.