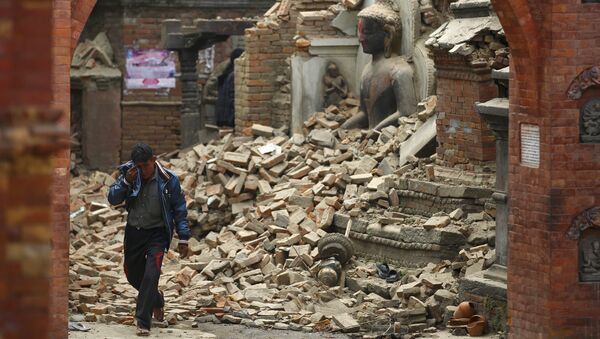 The official death toll of Saturday's deadly 7.9 magnitude earthquake in Nepal has grown to 5,057, with 10,915 people injured, the country's Ministry of Home Affairs said Tuesday.

The earthquake occurred Saturday morning around 50 miles northwest of the capital of Kathmandu, causing massive damage in the region. The disaster triggered avalanches on Mount Everest, as well as tremors and resulted in casualties in neighbouring areas of India, Bangladesh and China. According to the UN, more than 6.6 million people reside in areas affected by the earthquake.