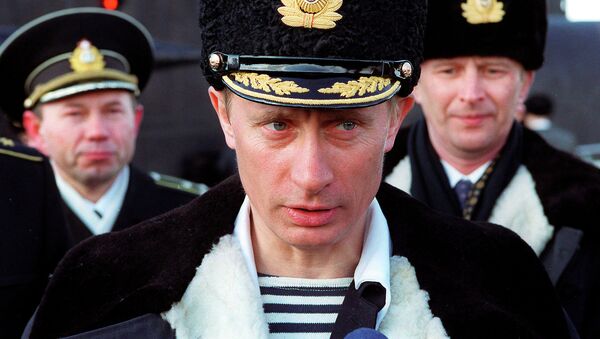 Russia’s Rossiya-1 TV channel aired a documentary on April 26 titled "The President", dedicated to the anniversary of Vladimir Putin's accession to the presidency, about landmark events in Russia's modern history over the past 15 years. Sputnik presents comments about the Russian leader made by people from his so-called inner circle.

On December 31, 1999, Vladimir Putin became acting president after his predecessor Boris Yeltsin resigned unexpectedly. Putin won the subsequent 2000 presidential election and served as Russian president from 2000 to 2008. After serving as prime minister from 2008 to 2012, he was re-elected to the presidency in 2012.

When speaking about speculations in Western media that Vladimir Putin wants to restore the Soviet Union by creating the Eurasian Economic Union, which comprises Russia, Belarus, Kazakhstan and Armenia, Kazakh President Nursultan Nazarbayev said that those allegations are ungrounded as he was the person who had proposed to create the organization. He also noted that Western countries demonstrate double standards as they oppose the creation of the Eurasian Economic Union, while the European Union had been created decades earlier.

Looking Through 15 Years of Power: Putin Unveils Never Known Details
Nazarbayev also recalled Vladimir Putin’s reaction when the South Ossetia war started in August 2008. He said that somebody called Putin, who was prime minister at the time, and he looked as if something really bad had happened to one of his family members. The Kazakh president said, "I have never seen him [Putin] like this before."

The Russian Foreign Minister spoke about the resolution of the issue connected with the destruction of Syrian chemical weapons proposed by Putin. He noted that the Russian president differs from his foreign counterparts because "he is able to see what is beyond the horizon" when dealing with international problems.

During a joint press conference with the Russian leader, Bush said that he "looked the man [Putin] in the eye. I found him to be very straight forward and trustworthy and we had a very good dialogue. I was able to get a sense of his soul. He's a man deeply committed to his country and the best interests of his country and I appreciate very much the frank dialogue and that's the beginning of a very constructive relationship."

Putin: Life Means Nothing Without Love
Meanwhile, German Gref, who was the Russian Minister of Economics and Trade from 2000 to 2007 (currently Gref is the head of Sberbank), spoke about Putin’s personal relations with officials he works with.

Gref said that Vladimir Putin is a loyal friend and takes personal betrayal seriously; noting that the Russian leader ends contact with people who he believes had acted dishonorably.

"For him [Putin], the country is probably the most important value, then, perhaps, family and personal relationships, friendship, I guess. And he always shows such devotion to friendship. I know how hard he takes personal betrayal. I know people with whom he had very good relations. And after they did something that contradicted his worldview and that he believed was dishonorable, he just cut [ties with] them and never met with them again."

It is Important to Be Close to People

Putin "takes them [the notes] himself or when his hands are full, he gives them to assistants."

"And the most terrible thing for the assistants is when two hours later he says: 'So, where are those papers that the elderly woman gave me when we were standing in the street?'"

The Russian leader himself said in the documentary that he believes that it is extremely important for a head of state to be close to ordinary citizens and to feel that you are a part of your country.

"For a person who is engaged in the work that I do today and have been doing over the years, this link [to people] and a sense of immersion is extremely important and very helpful," Putin said, recalling that he "had never been in the so-called elite."

"Of course, it is important for me, when we meet with people, to notice these signals immediately if they are dissatisfied, concerned or worried about something."

Russian businessman Vladimir Potanin recalled a meeting on the construction of the Olympic Games’ facilities at the beginning of 2009. According to him, Vladimir Putin, who was prime minister at the time, said that on the one hand, it is necessary to do everything possible to make the Olympic Games in Sochi "beautiful and elegant", but on the other hand to take into account that the world and the country are suffering from an economic crisis (which started in 2008).

Putin quietly said with a trembling voice that the authorities should save money as "the money [spent on the Olympic Games] belongs to people," meaning the Russian taxpayers. 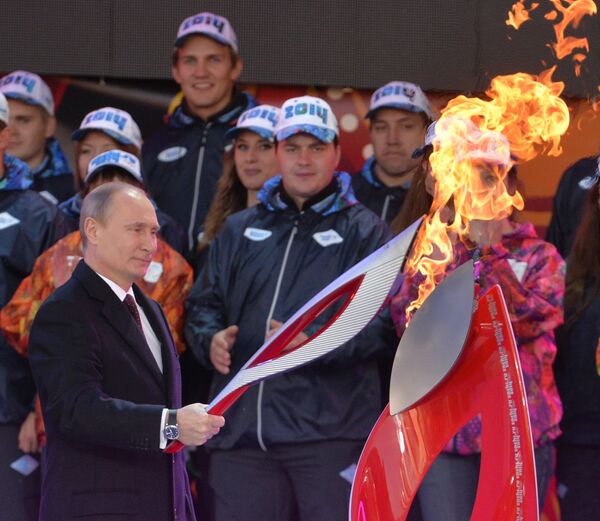 Russian President Vladimir Putin during the ceremony of lighting the Olympic flame on the Red Square.
© Sputnik / Iliya Pitalev
/
Go to the photo bank

Does the President Have Any Leisure Time?

The Kremlin’s spokesman said that Vladimir Putin has very little leisure time, from 1 a.m. to 2 a.m. or from 7 a.m. to 8 a.m., however, he enjoys learning new things, for example, playing hockey, studying English or playing the piano. 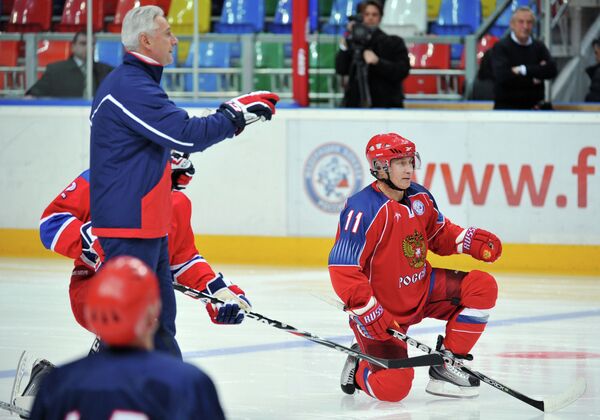 Meanwhile, Kazakh President Nazarbayev said that Putin likes to delve into the subject before discussing it.

When answering questions about his personal relations with the Russian president, Russian Defense Minister Sergei Shoigu said that they have friendly relations and that sometimes they enjoy singing Soviet songs together.

Looking Forward to the Future Russia

Crimea's Population Won From Rejoining Russia - Czech Politician
Russian singer Nikolay Rastorguyev spoke about the Crimean people on the day the peninsula rejoined Russia. He said that he was deeply impressed that "adult sober men were crying from happiness."

Presidential spokesperson Dmitry Peskov said that one of Vladimir Putin’s main achievements is that a whole new generation has already grown up. This generation of young people considers themselves patriots and feels proud to wear clothes with the Russian flag, noting that these young people, who were children when Putin had come to power, would make the country better in the next 50 years.