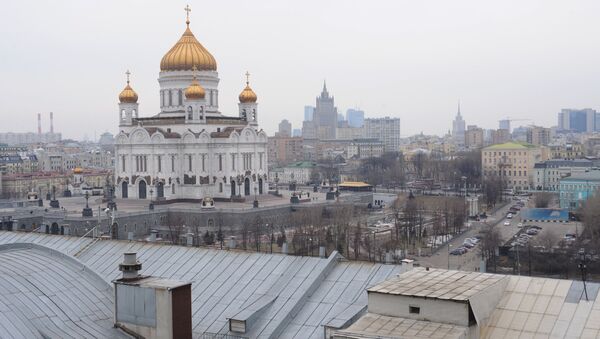 © RIA Novosti . Sergei Pyatakov
/
Go to the mediabank
Subscribe
International
India
Africa
No planes were allowed to fly over Moscow airspace on Monday between 10:30 a.m. and 11:15 a.m. due to the rehearsal for the 2015 Victory Day Parade.

Russia
Over 700 Foreign Servicemen to Take Part in Moscow Victory Day Parade
On May 9, extensive celebrations are planned in Moscow to commemorate the 70th anniversary of Nazi Germany's capitulation. The upcoming jubilee parade will be the largest one in Russia's modern history. More than 15,000 people and 200 vehicles are expected to participate in the parade.

Leaders from at least 25 states, including Chinese President Xi Jinping and North Korea's Kim Jong Un, have accepted invitations to attend the events. A full list of participants is expected to be announced by the end of April.

Many European leaders have declined invitations to join the Victory Day events, citing Russia's alleged involvement in the Ukrainian crisis.