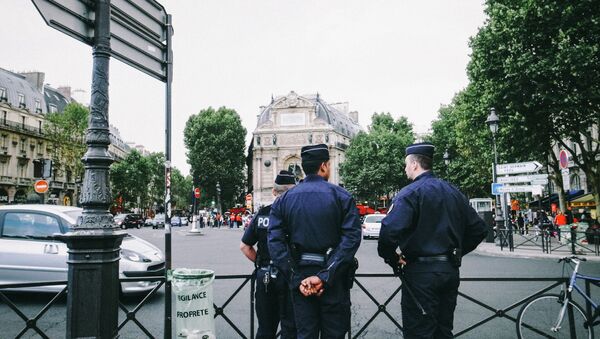 French police reportedly have arrested three people, suspected of plotting an attack on church near Paris earlier this month.

MOSCOW (Sputnik) — French police have arrested three people, who were allegedly plotting an attack on church near Paris earlier this month, Le Figaro reported, citing a source close to the investigation.

According to the paper, the three are suspected accomplices of Sid Ahmed Ghlam, a 24-year-old Algerian IT student, who was arrested on April 19 over the foiled attack in the south of Paris.

The man was known to security services since he had attempted to leave for Syria to join one of extremist groups fighting the government.

Too Much Info? Hostages of Paris Attack Sue Media Over Location Reports
The investigators found the DNA of two suspects in Ghlam's house, and believe that the third suspect could have been responsible for the logistics in the planned attack, the paper reported.

The investigation continues to confirm the three detained suspects have links to the thwarted church attack.

France has toughened security measures and conducted a number of anti-terror raids across the country, following a series of deadly terrorist attacks in Paris in January.

In early January, two gunmen opened fire on the Paris office of satirical magazine Charlie Hebdo, killing 12 people, while another radicalised Muslim shot down a police officer and four shoppers at a kosher food store near the French capital in the following days.