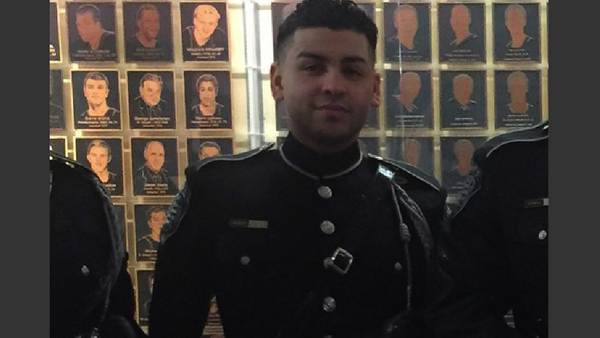 A New Jersey police officer who was driving the wrong way on a Staten Island highway before crashing into a tractor trailer had a blood alcohol content of .24 percent.

Pedro Abad, 27, of Linden the Linden Police Department was driving on the West Shore Expressway on March 20 before the collision killed a fellow police officer and a passenger, while leaving another officer as well as Abad critically injured. 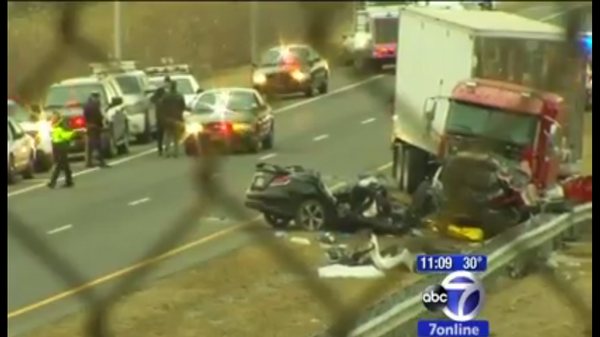 Local TV news coverage of the accident Pedro Abad caused by driving the wrong way
© WABC-TV
According to Linden Police, Abad and Officer Patrik Kudlac, 23, are in critical but stable condition undergoing slow progress as of Saturday. The crash killed Officer Frank Viggiano and passenger Joseph Rodriguez, both 28.

The New York City Police Department, which confirmed the four men were at the Curves strip club before the collision, said on Friday that it’s investigating whether Abad was intoxicated during the accident which the local NBC station has reported. The NYPD, the Linden Police Department, and the Staten Island District Attorney’s Office have not confirmed NBC’s report.

The New York City Medical Examiner’s Office was not the source of the NBC report, according to office spokesperson Julie Bolger

"If the ME's Office did run the toxicology for this case, our practice is that we do not comment on results," Bolcer told NJ.com.

Abad, a six year veteran of the department, had been involved in 8 other accidents before the March 20 crash including two in which he faced charges of driving under the influence, according to NJ.com.

His 2011 DUI case was dismissed because evidence was not turned into his lawyer. A dash cam captured Abad failing to pass a sobriety test during the 2013 DUI case.

As of Saturday, no charges relating to the March 20 crash had been made against Abad.