Chinese Honor Guard Arrives in Moscow for First Time Ever 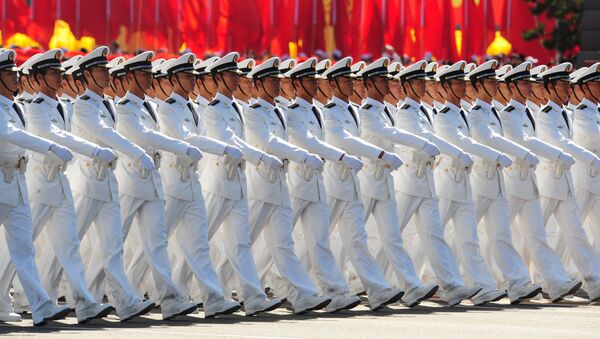 © AFP 2023 / FREDERIC J. BROWN
Subscribe
International
India
Africa
The Chinese army's Honor Guard has arrived in Moscow for the first time ever in what the country's ambassador calls a new stage in inter-military ties.

The Chinese army's Honor Guard arrived in Moscow on Saturday to participate in the May 9 Victory Day parade.

This is the first time that China is sending its Honor Guard to take part in a parade on Red Square. The 110 Guards of Honor are based in Beijing's Capital Garrison and report directly to the Chinese General Staff.

"This is an important event for inter-army exchange between Russia and China this year, and will assist in making the two countries' inter-military cooperation enter a new stage of development," China's Ambassador to Russia Li Hui previously told Xinhua.

Ambassador Li added that the guard's arrival shows the high level of strategic cooperation between Russia and China, as well as the peculiar character of their relationship.

Russia
Serbian Guard Officers Head to Moscow for Victory Day Parade
Ten countries have so far announced that they will have their military participate in the May 9 parade, according to the Russian Foreign Ministry.

War veterans from the former Soviet Union as well as other countries will also take part in the parade.