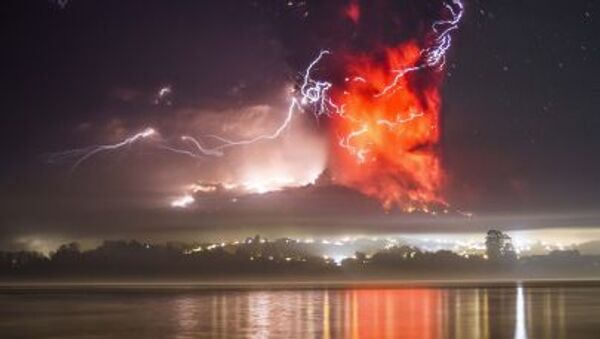 Chile Announces Second Evacuation Round After Calbuco Volcano Eruption
Authorities ordered the preventive evacuation of some 2,000 people from three more towns at risk of flooding from snow and ice melting high in the mountains due to the volcano's heat, bringing the total number of evacuees to around 6,500, Agence France-Presse reported.

Meanwhile, the ash cloud continued to drift, disrupting flights across a large swath of South America, including planes from Paris, Sydney and Dallas that were forced to either turn back or land elsewhere.

In Buenos Aires, on the other side of the continent, American Airlines, United, Delta and Air France all cancelled flights to and from Europe and the United States.

Chilean authorities have declared a state of emergency, sent in the army and evacuated a 20-kilometer radius around Calbuco, the AFP report said.