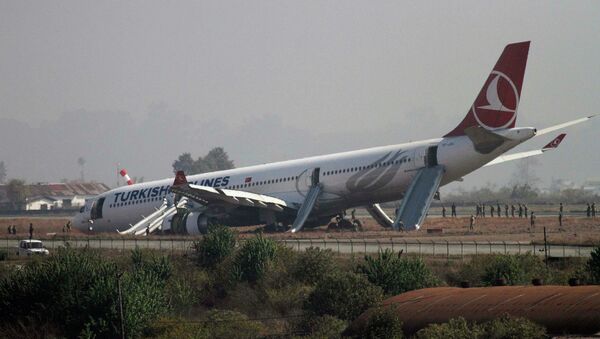 A Turkish Airlines flight from Milan to Istanbul made an emergency landing in Istanbul on Saturday after its engine caught fire.

Turkish Airlines Flight to Lisbon Returning After Bomb Threat
Firefighters at Istanbul’s Ataturk Airport approached the plane to put out the fire as the Airbus A320 aircraft’s passengers were evacuated safely, Agence France-Presse reported.

Saturday’s accident was the latest in a series of mishaps that have forced the Turkish carrier to divert or recall flights.

“Turkish Airlines’ TK 1878 flight from Milan to Istanbul skipped Ataturk Airport during its first landing. It drove off the runway after declaring an emergency landing,” said company spokesman Ali Genc.

“All 97 passengers have been taken to the terminal with no health problems. The reason for the incident will be clear after the investigation,” he added.