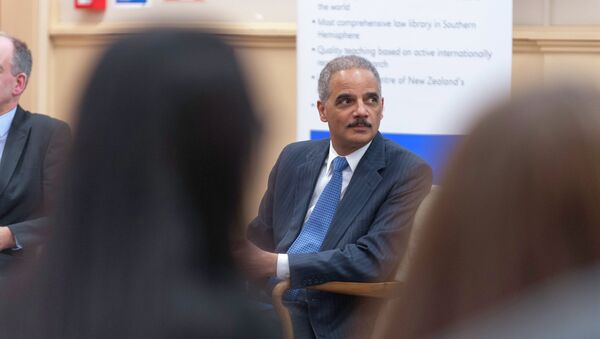 © Flickr / U.S. Embassy
Subscribe
International
India
Africa
Eric Holder officially stepped down from his position as head of the US Department of Justice.

WASHINGTON (Sputnik) — US Attorney General Eric Holder officially stepped down from his position as head of the US Department of Justice after serving six years under US President Barack Obama.

“It is going to be hard for me to walk away from the people who I love, and the people who represent this institution that I love so much, but it is time,” Holder said on Friday in his farewell speech at the Justice Department. “It is time to make a transition.”

Holder will be replaced by Loretta Lynch, US Attorney for the Eastern District of New York, who was confirmed by the US Senate on Thursday. Her nomination was held for 166 days and became the longest pending attorney general nomination in modern US history.