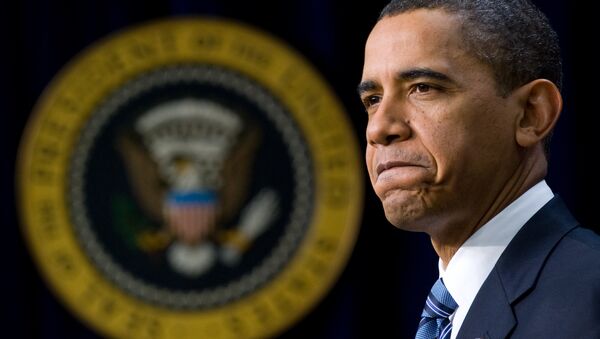 US experts said that the US President Barack Obama administration would earn a failing grade for its lack of openness about the US drone strikes policy.

WASHINGTON (Sputnik) — The US President Barack Obama administration would earn a failing grade for its lack of openness about the US drone strikes policy, US experts said in a Friday panel discussion at the Stimson Center in Washington, DC.

“Unfortunately, if I were grading today, it would be a lot of F’s,” Stimson Center senior fellow Rachel Stohl said of the Obama administration’s failure to provide information on US drone policy.

Stohl, who directed a 2014 Stimson Center project on US drone policy, noted that her team engaged with the White House and various US government agencies about improving transparency in how the United States conducts drone strikes.

Deadly Accuracy: Only 1 in 8 Americans Killed by Drones Was Targeted
Stimson’s top recommendations included a thorough review of past and present drone strikes and their effectiveness, and general public disclosure of the strikes.

The Obama administration was reportedly open to Stimson’s suggestions, she said, but added that “the unfortunate reality is very little has been done.”

The administration has maintained that the clandestine lethal drone program is an effective pillar of its counter terrorism activities.

“I think if there is a grade worse than an F. It seems like on transparency, it is worse than nothing,” Vladeck said.

In a 2013 speech to the National Defense University, Obama promised that his administration would “facilitate transparency” on US drone strikes. He further stated that “every strike America takes” is reported to the appropriate members of the US Congress.

On Thursday, President Obama announced a US and an Italian hostage were accidentally killed in a US drone strike in January 2015. The White House acknowledged that the information they were able to provide publicly would be limited by national security considerations.