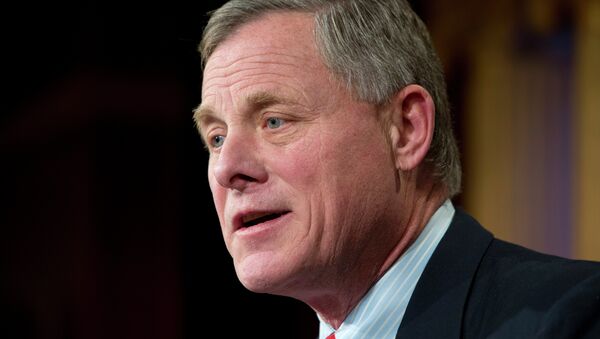 Senate Intelligence Committee Chairman Richard Burr says that the procedural maneuver by the US Senate to fast track a renewal of the controversial US Patriot Act until 2020 will provide the US intelligence community with the means to protect national security.

WASHINGTON (Sputnik) — The procedural maneuver by the US Senate to fast track a renewal of the controversial US Patriot Act until 2020 will provide the US intelligence community with the means to protect national security, Senate Intelligence Committee Chairman Richard Burr told Sputnik on Wednesday.

“Why not give certainty to the intelligence community as to the tools they can use to keep the country safe,” Burr said of the bill to accelerate the passage of a five-year Patriot Act renewal.

US Patriot Act Renewal Bill Alarms Muslim Community - Islamic Rights Group
The bill would “extend authority relating to roving surveillance, access to business records, and individual terrorists as agents of foreign powers,” according to the text of the legislation.

Burr, a cosponsor of the bill, said McConnell’s maneuver provoked opposition from Senate and House Democrats.

Burr also said the Patriot Act “has a direct impact on our ability to keep the nation safe,” and that he does not know of anybody “who has been hurt in any way shape or form” by the authorities in the Patriot Act.

Moreover, Burr noted that he anticipates a “healthy debate” on the renewal or revision of parts of the Patriot Act in the coming weeks.

“The question is, what are the American people willing to let their intelligence community do and does it break… the law,” he added.

The Patriot Act was signed into law shortly after the September 11, 2001 terrorist attacks on the United States. Portions of the Act, including the government’s authority to collect bulk phone data from US citizens, is set to expire on June 1, 2015 unless new legislation is approved by the US Congress.