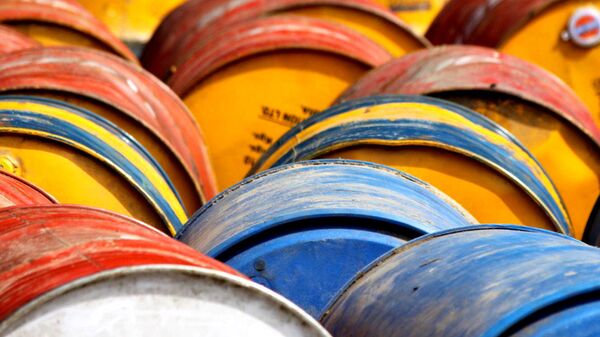 HOUSTON (Sputnik) — Oil industry is currently rebalancing its jobs along with the supply and demand amid the low oil prices on the international arena, Hess Corporation CEO John Hess told Sputnik on the sidelines of an international energy conference in Houston, Texas.

"We are going through this rebalancing not just in terms of oil supply and demand but also in terms of jobs for people," Hess said.

World
Iran Not Arming Houthis, Claims US Thirst for Yemen Oil Provoking Bloodshed
On Monday, US oil field services corporation Halliburton announced that it laid off 9,000 people in the past two quarters.

Hess Corporation CEO went on by saying that as activity levels in the oil production go down, there will be job losses, and the oil industry will have to adapt.

Hess underlined, however, that human capital is the most precious asset, and companies have to do everything to protect that asset when oil prices are down in half.

"You also have to find ways to reduce your costs and be more efficient in your capital," he explained.

Hess noted that Hess Corporation is making reductions in its costs as well.

"It is affecting activity levels, and as much as it affects activity levels it is going to affect people that are working on those activities, the majority are in the service sector," the CEO said.

The Hess Corporation is a leading US oil and gas producer headquartered in New York City.