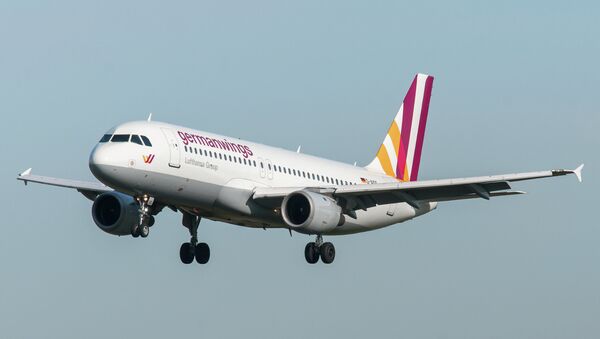 © Flickr / Gerard van der Schaaf
Subscribe
A detailed analysis of the two black boxes confirmed the suspicion that Andreas Lubitz, the co-pilot of the notorious Germanwings Airbus 320, deliberately steered the plane into a mountain.

According to German Transport Minister Alexander Dobrindt, a detailed analysis of the two flight recorders has apparently confirmed that Andreas Lubitz, the co-pilot of the Airbus 320, deliberately destroyed the plane.

Alexander Dobrindt told journalists that Lubitz had intentionally changed the speed and the flight altitude of the aircraft, as well as actively operated the control stick in order to bring the plane down.

The German Transport Minister had informed both the Bundestag Committee and Lufthansa CEO Carsten Spohr on the status of the investigation.

According to Dobrindt, an interim report on the issue will be published "relatively soon." However, it is believed that it will take a few weeks.

The A320 Airbus crashed into the French Alps on March 24, resulting in the death of 150 people. The co-pilot of the Germanwings flight, Andreas Lubitz, refused to unlock the reinforced cockpit door to his colleague and voluntarily brought the plane down.

According to investigators, Lubitz had suffered from severe depression in 2009 and should have been on sick leave on the day of the tragedy but hid his illness from his employer.