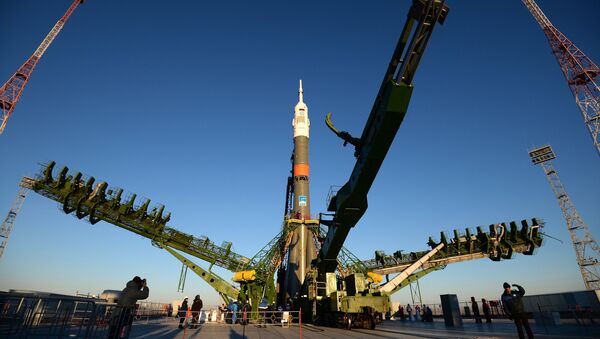 "The cost of the program's projects has changed significantly in the past year due to current economic conditions, exchange rate fluctuations and changes in inflation rates," Roscosmos head, Igor Komarov, told reporters.

Russia to Increase Orbital Grouping to 181 Satellites - Roscosmos
On April 15, Yuri Koptev, head of the Roscosmos science and technology council, said that the above-mentioned sum of $37 billion is the minimal amount required for reaching Russia's goals in space exploration.

The deadline for submission of the Russian Federal Space Program for 2016-2025 is set for June 10, 2015. It will include a number of ambitious projects such as a full-scale moon exploration program and construction of a super-heavy rocket needed to send spacecraft beyond Earth's orbit.

Roscosmos management has already managed to cut spending on several projects included in its program. In particular, the agency has decreased planned design expenditure estimates for a super-heavy rocket tenfold, from $11.5 billion to $1.15 billion.