Oil Prices Decreasing Amid Termination of Military Campaign in Yemen 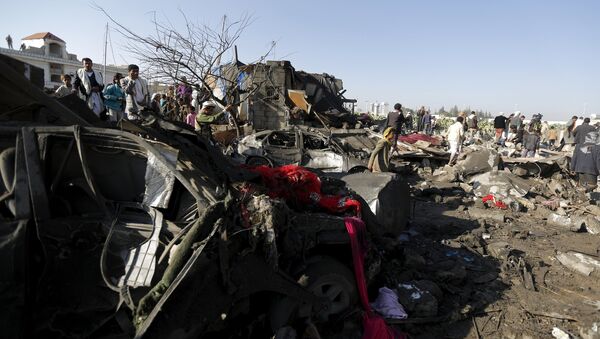 Saudi-led Military Operation in Yemen Failed, Forces Loyal to Saleh Say
MOSCOW (Sputnik) – Global oil prices are going down on Wednesday in the light of the reports that the Saudi-led coalition terminated its military operation against Houthi rebels in Yemen, according to trading data.

Yemen has been living in crisis for months now, after the country’s main opposition forces, the Houthis, took control of Sanaa and forced President Abd Rabbuh Mansur Hadi to resign and flee the country.

Late in March, at the request of the president-in-exile, a coalition of Arab countries led by Saudi Arabia launched a military operation codenamed Operation Decisive Storm and started conducted airstrikes targeting Houthi positions in Yemen.

On Tuesday at a press conference in Riyadh, coalition spokesman, Saudi Brig. Gen. Ahmed Asiri said the Decisive Storm operation was terminated at the request of Hadi. Instead the coalition is launching the Restoring Hope campaign, which will focus on counter-terrorism efforts, humanitarian missions, and the revival of political dialogue in Yemen.