Turkey Has Highest Documented Rate of Transgender Murders in Europe 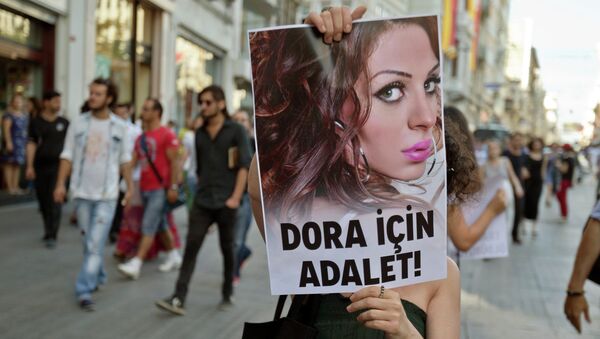 Turkey has more murders of transgender people than any other European country.

DoJ Sues Oklahoma University for Discriminating Transgender Professor
STRASBOURG (Sputnik) – Turkey has reported more murders of transgender people than any other European country, a speaker at the Parliamentary Assembly of the Council of Europe (PACE) spring session, currently underway in France, said Tuesday.

PACE held a preliminary debate on the issue a day before a comprehensive report on discrimination against transgender people in Europe is scheduled to be presented in Strasbourg.

Thirty-seven killings of transgender people were reported in Turkey between 2008 and 2014, according to a study by the Transgender Europe non-profit organization.

A part of the 47-nation Council of Europe, the PACE is dedicated to upholding human rights, democracy and the rule of law. The organization's 318 parliamentarians meet four times a year for week-long plenary sessions.