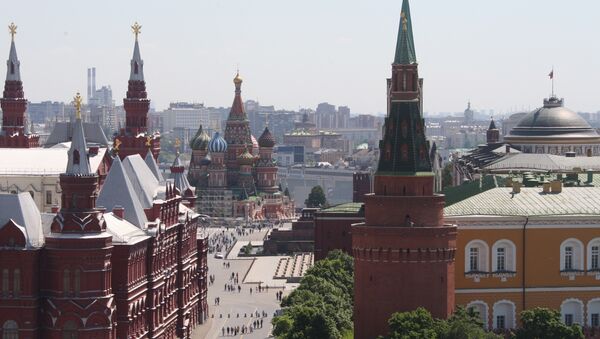 Polling by the Russian Public Opinion Research Center (VTsIOM), the country's oldest polling institute, has found that positive evaluations of the situation in the country, along with people's evaluations of the prospects for their personal lives, are at record highs, despite the economic downturn which has recently hit the country.

Russia
Quarter of Russians Believe Country in Top-10 of World Economies - Poll
Last month also saw a jump in positive answers to the 'Social Expectations Index' question "In your opinion, are we presently living through the most difficult times economically, are they still ahead of us, or have they already past?," although the overall trend remained negative. Polling found that 41 percent of respondents believed that "the worst is still ahead," while 30 percent answered that "we are living through the worst of it today," and 22 percent that "the worst has already passed." With 7 percent finding it difficult to answer, this left a negative rating of —50, compared with —25 in March 2014 and —33 percent in March 2013.

VTsIOM's polling, conducted between March 28 and 29, involved 1,600 Russians from 132 cities and towns across 46 regions throughout the country. The results have a margin of error of 3.5 percent.