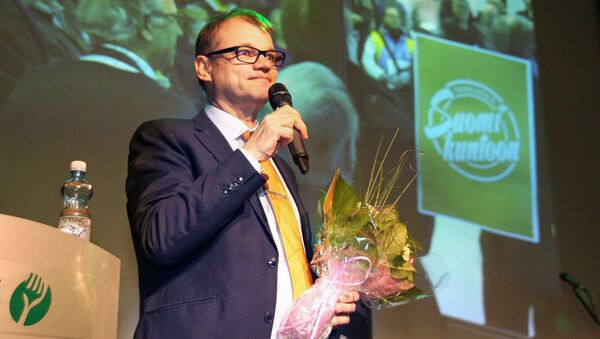 “Since Finland is not a member of the alliance and already as close to the alliance as it can possibly be without being a member, I don’t think it will make much difference,” Nordic defense and security policy researcher Peter Viggo Jakobsen at the Institute for Strategy of the Royal Danish Defense College said.

#Finland voted YES to #peace and NO to #NATO — winners are @keskusta and @vihreat pic.twitter.com/xEfOlDaUub

Finland has long cooperated closely with the alliance by contributing personnel, participating in exercises and adopting NATO procedures and standards, the expert said. “If this policy remains unchanged, I don’t think it will affect its ties with the alliance.”

NATO will not make any official moves toward Finland, as it is up to Helsinki to determine its relationship to the alliance, Jakobsen explained.

PM @alexstubb: "No other country has a veto over the defense policy of Finland" #Russia #NATO http://t.co/cRhjF7jDN3 pic.twitter.com/s1OKOTgFnI

“Regardless of who won, status quo in the NATO-Finland relationship was always the most likely outcome of the election, so from my perspective this really does not change anything,” the expert concluded.

According to Finnish political activist Johan Backman, Finland, as well as Sweden, has already allowed for “NATO occupation," though more than 70 percent of Finns do not support the country’s membership in the alliance.

In September 2014, the two non-member states signed a Memorandum of Understanding with NATO, which enables the alliance to deploy its forces on their territory, though only by invitation.

“NATO is already at Russian borders, they are now preparing for some kind of massive provocation and military conflict, for weakening Russia,” Backman told Sputnik.

The Finnish Defense Forces are currently facing a turmoil, with a “revolutionary group of officers" spreading anti-Russian propaganda and demands to join Finland with NATO, Backman said, adding that these officers form a “virtual military coup,” being very active in social media and the press.