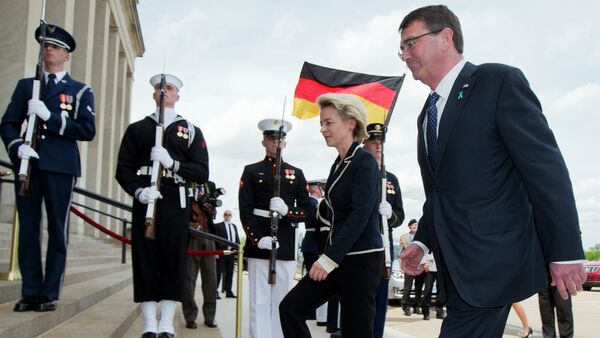 US Defense Secretary Ashton Carter met at the Pentagon with German Defense Minister Ursula von der Leyen to discuss NATO’s collective defense measures and the two countries’ cooperation in Iraq and Afghanistan, the US Department of Defense said in a statement.

WASHINGTON (Sputnik) — The United States and Germany cooperate in other international organizations besides NATO, including the anti-Islamic State Coalition of some 60 nations.

US Army Commander Confirms NATO "Not Interested in a Fair Fight"
Berlin has been supportive of the Coalition that has carried out airstrikes against the ISIL in Iraq in August 2014, and in Syria in September 2014. Germany has also been sending weapons and military trainers to Kurdish Peshmerga fighters in Iraq.

“During the 45 minute meeting, the leaders discussed their continuing efforts in NATO and support to Iraq and Afghanistan,” the statement, issued on Monday, said.

The two officials discussed ways to support NATO’s collective defense measures against Russia’s alleged involvement in the crisis in Ukraine, the statement specified. 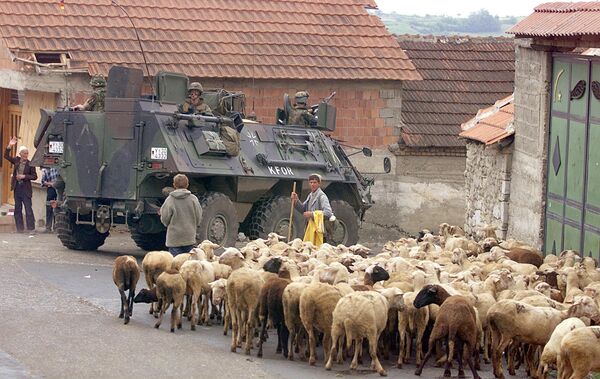 A German armoured vehicle part of the NATO-led KFOR troops drives past a herd of sheep 17 June 1999 in Orahovac, south western Kosovo.
© AFP 2022 / ERIC FEFERBERG
Newsfeed
0
Access to the chat has been blocked for violating the rules . You will be able to participate again through:∞. If you do not agree with the blocking, please use the feedback form
The discussion is closed. You can participate in the discussion within 24 hours after the publication of the article.
To participate in the discussion
log in or register
loader
Chats
Заголовок открываемого материала