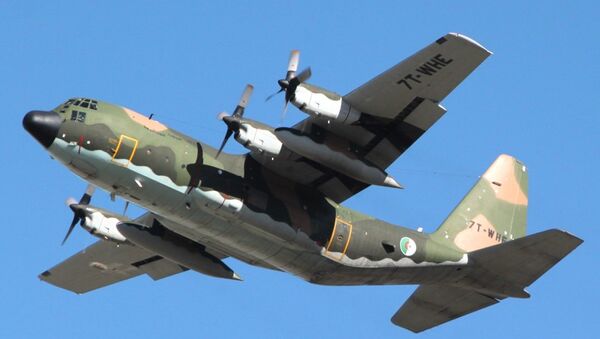 An Algerian Air Force plane, involved in joint operations with Tunisia on controlling the border zones, crashed in Algerian south killing both pilots.

"The plane's crew of two died in the crash," the source said.

The plane was involved in joint operations with Tunisia on controlling the border zones in search of rebels suspected of terrorism.

Plane Crashes Into Highway in Germany
According to the source, a group of military experts are heading to the crash site. The Algerian Defense Ministry is expected to release a statement related to the incident shortly.

On March 18, Tunisia suffered from an attack at the National Bardo Museum when a group of gunmen dressed in military uniform opened fire on tourists, killing at least 22 people and injuring more than 47. Algerian nationals were suspected to be among the attackers.

The two countries have plans for Algerian servicemen to train Tunisian forces in order to boost border security.