Overseas Embassies Must Have Right to Offer Asylum – Swedish Politician 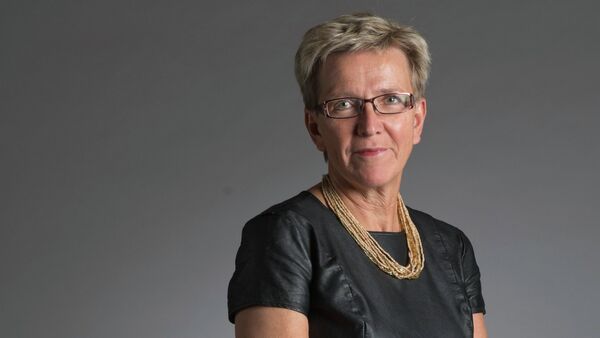 The head of the Swedish delegation to the Parliamentary Assembly of the Council of Europe (PACE) Kerstin Lundgren said that people should have an opportunity to seek asylum applying to embassies instead of being forced to risk their lives undertaking dangerous trips overseas.

PACE Head Regrets Russia's Decision to Suspend Council of Europe Membership
STRASBOURG (Sputnik), Daria Chernyshova — People should have an opportunity to seek asylum in their home regions by applying to embassies instead of being forced to risk their lives undertaking dangerous trips overseas, the head of the Swedish delegation to the Parliamentary Assembly of the Council of Europe (PACE) told Sputnik Monday.

"For me it is the question of humanity… if people are fleeing, we have to make sure that there is another way of going over the sea to get asylum. We have to once again have a discussion on whether it is possible to seek asylum in the embassies," Kerstin Lundgren said.

PACE to Discuss Migration Challenges - Assembly Head
Earlier on Monday, PACE President Anne Brasseur said that the organization may discuss EU-bound migrants later this week. The current PACE session comes one day after a boat reported by some to be carrying up to 700 migrants from Libya to Italy sank in the Mediterranean Sea. Only 28 people on the 20-meter-long boat have been rescued.

The instability in Libya and the Middle East, including the advance of the Islamic State (ISIL) terrorist group, has forced migrants originally from Mali, Somalia and other desperately poor countries in the region to seek refuge in Europe. According to UN data, at least 3,500 people died attempting to cross the Mediterranean in 2014.