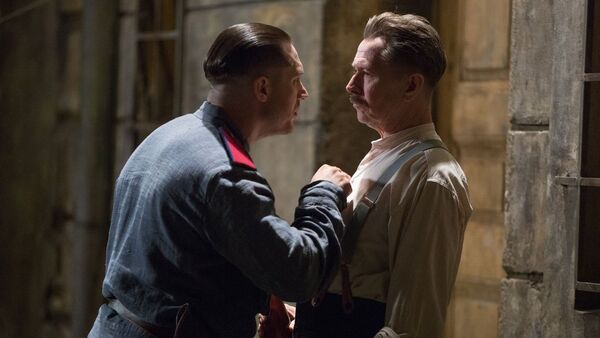 Child 44, the film pulled from Russian cinemas for historical inaccuracies, has failed in the international box office, earning only $0.6 million in the United States and $2.1 million in total despite its $50 million budget.

The decision to pull the film from Russian cinemas was made by the distributor, Central Partnership, together with the Ministry of Culture. The decision was criticized in Russia, where it headlined weekly film reviews because of its "banned" status.

"In the box office, it would hardly collect an impressive return and would probably only provoke a good-hearted laugh from a sparse number of viewers. Now even those who weren't going to go to the movies will certainly download the film online," Nezavisimaya Gazeta's culture reviewer Natalia Grigoryeva wrote.

WikiLeaks Release: US Recruits Hollywood to Boost 'Anti-Russian Messaging'
The film was also pulled from cinemas in Ukraine, Belarus and Uzbekistan, where Central Partnership owns the rights for its release. In Georgia, the film's release will be delayed until October.

Ukraine's State Cinema Agency criticized the decision to pull the film as a policy of "double standards." In Ukraine, all Russian films and television series made since 2014, as well as all Russian war movies are banned.

Excerpts from the film were shown on Russian television on Sunday on Dmitry Kiselev's Vesti Nedeli weekly editorial program. Kiselev linked the film's creation to recently published Sony email leaks which showed that the US State Department met with Hollywood executives to create "anti-Russian messaging."

British Film Board Bans US Horror 'Hate Crime'
In a column for RIA Novosti, Russian Minister of Culture Vladimir Medinsky wrote that the film will be available on the ministry' website as soon as possible. The film will be accompanied with commentaries from experts of the Russian Military History Society.

"Those movie lovers who cannot restrain their thirst for the beautiful can search for the film on harmful pirate websites. I don't doubt that the least squeamish of those who have 'suffered from the Ministry of Culture's obscurantism' will do exactly that. Of course, we condemn this," he wrote.