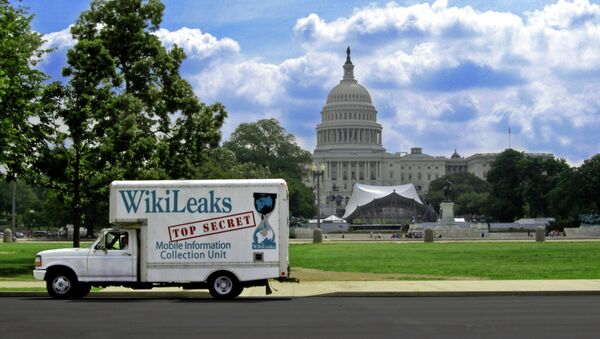 The latest documents released by Wikileaks reveal some uncomfortable – yet unsurprising – truths about the relationship between Hollywood and the US Government. In its propaganda efforts against Russia, the US State Department may have pressured Sony – and some of the biggest stars – into cooperating.

The latest Wikileaks release includes thousands of documents which reveal ties between the White House and Sony pictures. It’s taking journalists a long time to comb through the weeds, but some troubling details are emerging.

As Wikileaks notes, Sony Pictures Entertainment CEO Michael Lynton is also on the board of trustees for the RAND Corporation, a research arm of the US military. According to emails, the State Department may have taken advantage of Lynton’s dual positions to further its own propaganda aims.

"As you could see, we have plenty of challenges in countering ISIL narratives in the Middle East and Russian narratives in central and eastern Europe," an email to Lynton from Richard Stengel, US State Department undersecretary for public diplomacy and public affairs, reads. "Following up on our conversation, I’d love to convene a group of media executives who can help us think about better ways to respond to both of these large challenges."

"This is a conversation about ideas, about content and production, about commercial possibilities," Stengel adds. "I promise you it will be interesting, fun, and rewarding."

"Who are folks I can or should see in NY re anti-Russian messaging — and also anti-ISIL messaging?" he asks Lynton in another email. 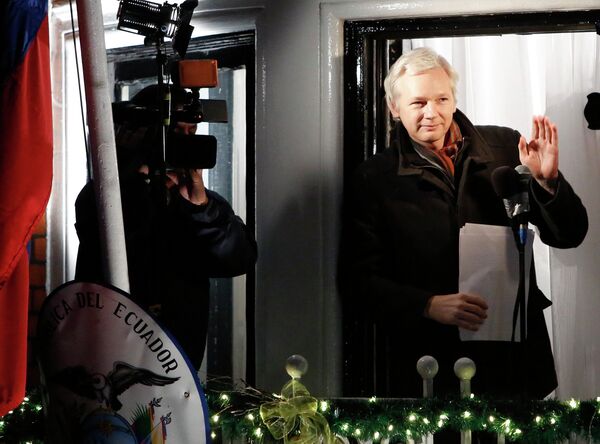 WikiLeaks founder Julian Assange gestures from the balcony of Ecuador's Embassy as he makes a speech in central London, in this file photograph dated December 20, 2012.
© REUTERS / Luke MacGregor

While comparing a sovereign nation to a terrorist group may be nothing new for US officials, such blatant evidence of Washington’s propaganda war is newsworthy.

In response, Lynton provided a list full of other Hollywood executives who would presumably also be cooperative. This included senior level management from Turner Broadcasting and Walt Disney International.

Wikileaks: US Airlines Given Billions in Government Subsidies

Other emails suggest that Lynton was also asked to pressure Hollywood celebrities into promoting foreign policy objectives of the Obama administration.

"We have already started to think through ways your superstars could potentially help amplify some of the great work US Embassy Paris is doing," wrote a staffer on behalf of the US ambassador to France.

"We’d love to include Sony names in events here, either as guests or performers, and would love the opportunity to leverage their popularity to promote the President’s priorities and agenda overseas."

"Would also include Natalie Portman as she has just done a movie in Israel and is very involved there," one email read.

But Sony’s ties with the government extend even beyond the State Department emails. Documents reveal that Lynton also had contact with the president, having dinner with the Obamas.

Wikileaks also revealed an email from Democratic Senator Chuck Schumer, which detailed his concerns with a perceived Russian threat.

"Putin is little more than a schoolyard bully, so if he refuses to back down, we must bring Europe in as part of an aggressive solution," Schumer wrote to Amy Pascal, a senior executive with Sony. "Sanctions have already hurt him, and the threats of expelling Russia from the World Trade Organization and forbidding it from hosting the next World Cup give us a strong hand."

Of course, the knowledge of close coordination between Hollywood and the US government is nothing new. As David Sirota points out in his book, Back to Our Future, a conflict of interest has existed for years.

"The Pentagon – and it’s very open about this – the Pentagon will line edit screenwriters scripts that are about the military if those screenwriters and the studios want to have access to be able to photograph planes, or tanks, or aircraft carriers," Sirota said during an interview with RT.

Giving the example of 1986’s Top Gun, Sirota notes that the "filmmakers of that movie submitted their script to Pentagon editors, for the Pentagon to line edit it to make sure it was perfectly mimicking what the Pentagon wanted it to say." 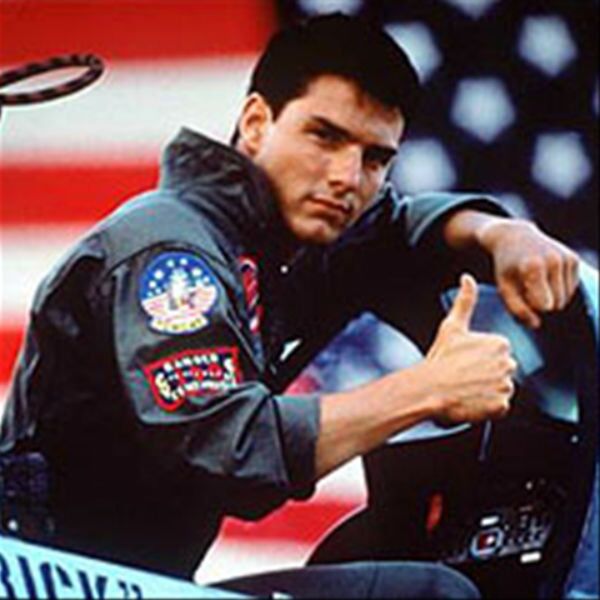 Sirota notes that the “filmmakers of that movie submitted their script to Pentagon editors.
© Flickr / kairin

War correspondent Keith Harmon Snow echoed these sentiments in relation to the film Act of Valor.

"We have at it as a psychological operation against the American public," Snow told RT. "That means this is not Hollywood, it’s total propaganda by and for the Pentagon using Hollywood as the face…"

Still, during a State Department briefing on Friday, spokesperson Marie Harf noted that Sony Pictures is only the tip of the iceberg.