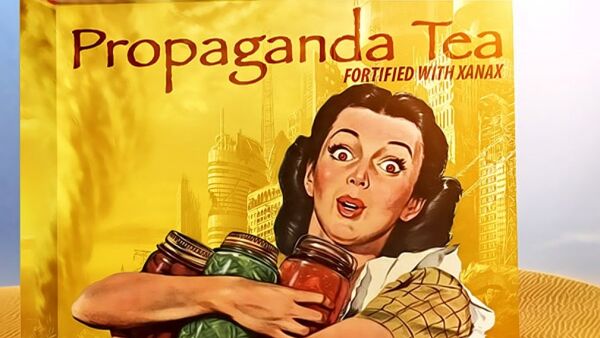 Wait, what? Yes, the EU will pay €4,350 ($4,670) a month per person to people whose job requirement would be “correction and fact-checking of misinformation/myth” spread by the Kremlin.

The purpose of this expensive mission is to “challenge Russia’s ongoing disinformation campaign”. By this June, the EU plans to prepare an action plan to combat Russian propaganda, EUobserver said.

It looks like the EU has finally gotten its priorities right. Close to 24 million people in the EU are unemployed, the Greek debt problem is yet to be resolved, Islamic State fighters are blowing up things and kidnapping people less than 150 kilometers away from EU borders, but European leaders will readily spend millions of dollars to combat elusive Russian propaganda.

The EU Foreign Service must be under the impression that Russia is a really scary country that wants to invade peaceful European nations. However, a quick look at a map of Europe shows how much NATO has expanded east towards Russia since the fall of the Soviet Union, not the other way around.

The expansion of #Russia. pic.twitter.com/S4GVQ4cYGP Clear to understand why #NATO still exist, to defend the west from the bears encroachment.

Washington keeps blaming Russia for aggression towards other nations; meanwhile it was the United States that invaded close to 50 countries since the end of World War II, according to Dr. Zoltan Grossman from the Evergreen State College.

At the same time, the US government agency Broadcasting Board of Governors (BBG) sponsored Radio Free Europe/Radio Liberty (RFE/RL). The radio agency’s director refused to comment on the matter. However, earlier this year, BBG requested an additional $15.4 million to expand their Russian-language programming to counter rising Russian propaganda.

It looks like whenever Russian officials say anything, it is considered as propaganda. Putin says there are no Russian troops in Ukraine, the West screams back “Propaganda,” the US and the EU sponsored the 2014 coup in Ukraine, but the West blames Russia for the Ukrainian crisis and screams “Propaganda.” The absurdity is reaching colossal levels, as the words “Russia” and “propaganda” are quickly becoming a set phrase, readily used to describe politics concerning Russia.